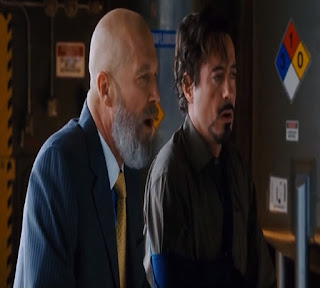 Obadiah Stane was the secret villain in the original Iron Man movie back in 2008. While he was played by one of my favorite actors, Jeff Bridges, I never liked the character much.  The MCU version of Stane is actually quite different from the comics version. Like he was never really friends with Tony or his dad Howard Stark in the comics. 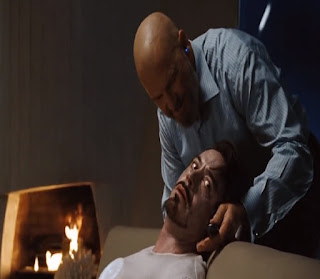 The only thing I will give him credit for is getting an upper hand on tech genius Tony Stark with that strange device that makes temporary-paralysis to the people that hear some wavelength without proper ear-pieces. 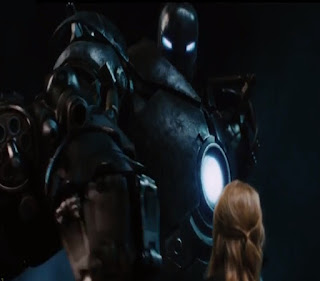 He adopts the alter ego as the Iron Monger but I didn't think the fight was very good. It was way too dark outside to see much going on. I hate when movies and tv shows use night-time as a way to cut corners on special-effects.
Posted by Adam at 12:00 PM

Sometimes it's terrible when a character is different from the comics! I felt the same with Lex Luthor in Batman VS Superman (but I actually liked the movie)!

I'll never catch up on the Marvel Universe! But it certainly brings a lot of pleasure to many people.