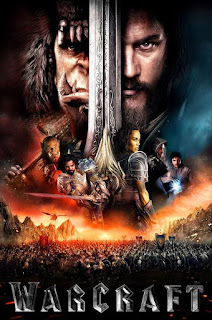 Warcraft is a movie I knew I'd eventually see. The movie is based on the Warcraft series, best known for the MMORPG game from 2005 World of Warcraft. I was never a PC gamer so I actually never played Warcraft. The real reason I was interested in it was because of its star Travis Fimmel who most people would probably know him best for as Ragnar Lothbrok in the TV series Vikings. Warcraft was not much of a hit with critics, but fans seemed to have liked it enough. What did this non-fan of the game series think of it? 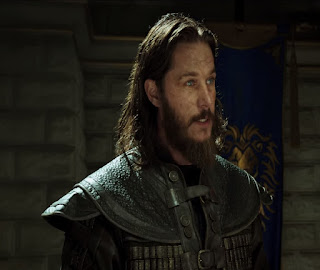 The film is set in the world of Azeroth which is mostly peaceful. However the residents of the world have been at odds with a new race of monsters. Anduin Lothar a military commander of humanity (and brother-in-law to King Llane Wrynn) is the first to take notice of the destruction caused by these vile creatures. They manage to capture a female warrior (who is not 100% their race) named Garona Halforcen who tells the humans that the race of monsters are called Orcs and they have come from a dying land. 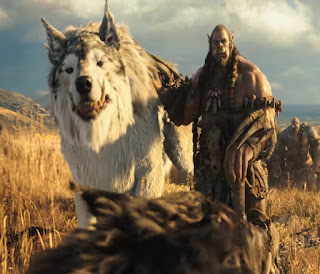 Having nothing to return to, they decide to make the world of Azeroth home. An orc chieftain of an exiled clan is one of the few orcs who isn't quite sure to take the path to war. His name is Durotan and he'd much rather take the road to peace. However a powerful orc warlock named Gul'dan is mad with greed and unites most of the orcs into a giant quest of power. Will any humans or orcs be alive by the time the war is over? 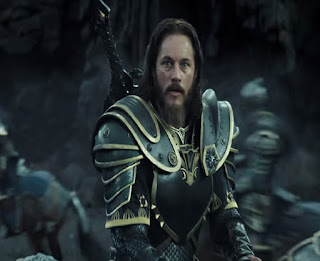 Overall I thought Warcraft was okay, and to be fair there have been far worse video game movies around. Even though I haven't played the games, it seemed faithful to the original series which is often a fault of most other video game movies. However the run-time is way too long (two hours) and while some of the story and action is interesting and cool, other parts left me bored beyond words. It did well at the box office, so a sequel is likely but I really doubt I will ever see that one unless I'm ready for another average action movie.

I've been waiting for this one to be on cable.

I'll stop wondering if I really want to watch this movie on Netflix.

I watched it only because of Travis Fimmel...I was sooo disappointed..thought it sucked.

Glad I skipped it.

I totally agree with you! I watched it in the cinemas, but I've never played the game. Some parts were really boring...

I also like Travis Fimmel and I thought he was fine in the movie!

Guess I'll skip it! Thanks!