Fact of the Day: Free Ethiopia 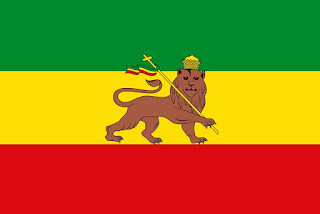 Ethiopia was one of the rare few countries in Africa to never have been colonized by a European power. The closest it ever came to a conquering is when communists took over the country after a civil war and Ethiopia more-or-less was a puppet of the Soviet Union until the fall of Communism in the early 1990's.
Posted by Adam at 12:00 AM

Email ThisBlogThis!Share to TwitterShare to FacebookShare to Pinterest
Labels: communism, fact of the day, Soviet Union

Well, I didn't know that.

Seems there were/are a lot of such puppets about

I did not know this!

Of course Mussolini tried to conquer Ethiopia and failed, even with Hitler's help.

Ethiopia was occupied from 1936-1941 by Mussolini's Italy.
Haile Selassie, the Emperor, was forced to flee to the UK.
It was when Italy declared war on the UK and France that the British in Egypt drove the Italians out.
In turn after WW2 Selassie had to flee.......Ethiopia has had failed governments of dictator after dictator since and is a hot bed of now our terrorist problems.
Ethiopia is a tragedy just like Zimbabwe.
Colin

Thank for your very good article.! i always enjoy & read the post you are sharing!

That's news to me!