Fact of the Day: King Harry 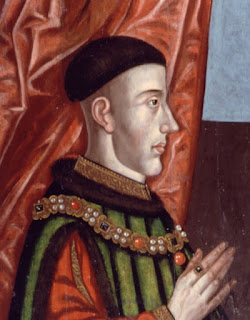 Henry was a popular name during medieval England and in modern times as well. However the name Henry back then would rarely be spoken aloud, but instead people would say Harry as if that was the way to pronounce the written word.  Even the English kings named Henry would often be called King Harry instead.
Posted by Adam at 12:00 AM

A name is a name.

Hopefully they didn't behead anyone for pronouncing their name wrong.

Really? Was there a reason? I actually like both names:D

Was that the Anglicized pronunciation of the French "Henri," I wonder?

Wonder why but interesting.

I think "Harry" was also shortened to "Hal."