Fact of the Day: Trump Racism 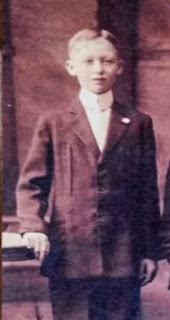 In 1927, the New York Times had written an article about a Ku Klux Klan rally that had their members "protest" against the "Catholic Police" of New York City. Many of their members were arrested in the event, and one of the names listed was Fred Trump. His son Donald Trump is the 45th President of the United States of America.
Posted by Adam at 12:00 AM

Wow! It's always interesting what can be found when we go back in history. Hugs...RO

His old man was a notorious racist.

History does reveal a lot of information in all of our families, it is always interesting to see what you can find.

Wow! That is truly interesting, Adam, and it gives me insight into a number of things, regarding President Trump whose history I have not investigated.

Racism is learned at home, early on. I remember an event on the playground at the elementary school I taught at. A kindergartner had gotten in trouble by shaping her hand as a gun, pointing it at a black classmate, and yelling, "Nigger, nigger! Pull a trigger!" When the father came in (because the parents were called in for a conference with the principal), he asked, "What's wrong with that?" We have such a long way to go as a society.

No surprise and watching Turnip Top on this Asian trip which the host countries must be hating, he also is not the braggart that he is whilst carefully protected in that White House, he is cringing and crawling up arses!
Xi Jinping must be having quite a lot of laughs.
What a disgrace as a President..............voters for Turnip Top please take a bow and don't bump your brainless heads.
Colin