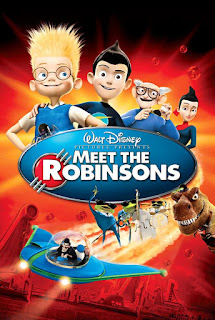 I can't remember exactly when I recalled hearing about Disney's Meet the Robinsons for the first time. To be honest, 2007 was not a good year for me, and as such I never saw many movies during that time-frame. The movie is based on A Day With Wilbur Robinson, which was a early 1990's children book by author William Joyce. This was also one of the last 3D Disney animated films before what I consider a huge jump in quality with films like Big Hero 6, Wreck-it Ralph, Moana, and Frozen. So how does this one stack up to them? 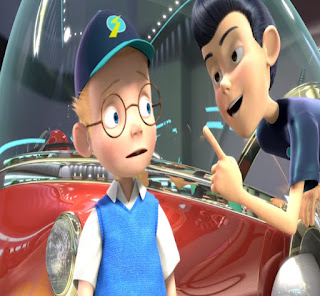 The movie is about a young boy named Lewis who lives at an orphanage. Lewis knew his mother left him at the steps of the orphanage when he was just a baby. When the orphanage director convinces Lewis that his mother gave him up for good reasons, he decides to find her. Without a clue, he decides to use his genius to create a new device to show memories long since "lost". However a kid called Wilbur Robinson tells him about Bowler Hat Man who is after his invention. However Lewis doesn't believe him. 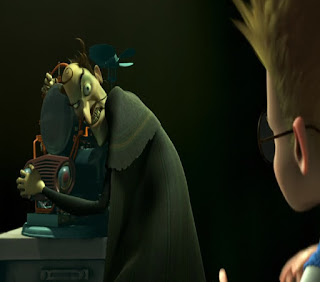 However Wilbur was telling the truth, and what Lewis doesn't really believe is that both Bowler Hat Man and Wilbur are from the future. That is until Wilbur takes Lewis forward in time with his flying time machine. However they end up crashing it by accident and Lewis can't get back to his true time. Bowler Hat Man stays in the past to ruin Lewis' life before it really begins in a petty matter of revenge, but what did Lewis ever do to him? 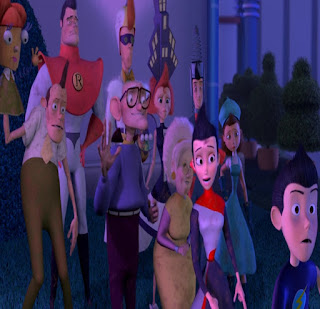 Overall I actually liked Meet the Robinsons quite a bit. The first half is a bit mild and the story seems kind of low-par for Disney. That's until a great twist happens, and it really changes the way you look at the story. Disney had thought about making a sequel to it and other films but decided not to to produce what would become the films I've mentioned before. Will that sequel ever seen the light of day? Probably unlikely now but I enjoyed the story here.

Definitely not my kind of movie.