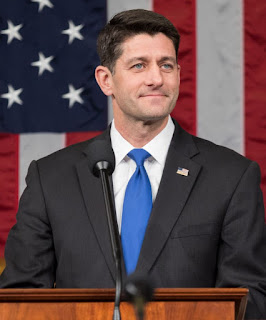 When a gun massacre takes place in a "gun-free zone" like a school or a mall, right-wingers will say it was the policy of the zone at fault, not the laws of our country. However when recently a domestic terrorist (who may or may not have been mentally ill) walked into a small Baptist church in Texas, the right wing came into an awkward position. House Speaker Paul Ryan insists that prayer "works" but does it really? I know prayer is an important part of life for Christians, but being extremely non-religious myself, I see it as a spiritual placebo of sorts. But let's bring up logic instead of faith, why didn't God stop this from happening? If prayer doesn't work to protect churches, then maybe it's time to fix our gun laws. Too bad the NRA has Congress in their back pocket and we will continue to lose more of our citizens because they lobby for the gun makers.
Posted by Adam at 11:30 AM

Now that we know Russians have infiltrated our social media in such a massive way, using our media to divide and weaken us, I can't help wondering if Russian money is going to the NRA, which does so much to make Americans turn on each other.

He's an utter moron if he really thinks that is all it takes.

I guess those poor people in the Texas church weren't praying hard enough that day.

I was told during my recent stint in Victoria, British Columbia, that Canadians were sick and tired of keeping America and its mass murder victims in their thoughts and prayers when they refuse to do something about gun control.

Excellent reply "FB"!
I'm totally sick of it too from across the Pacific.
Get rid of that amendment that causes all this............the Poms, French and Spaniards AREN'T coming back.............who would want bloody gun crazy USA.
Colin