Photos: Painting the Trim in My Bedroom 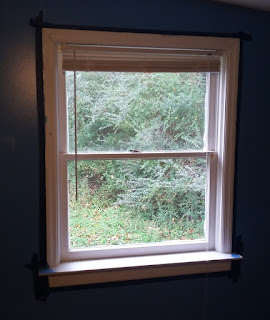 Back in August, I painted my bedroom. It took me some time to get around to painting the trim. When it's your bedroom, moving everything around does get old fast. I got a little blue paint on the window and on the trim back in August. But it was a good way to test to see how well the paint covered. 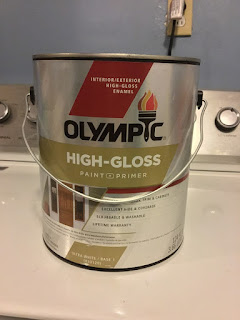 I used Olympic High-Gloss Interior/Exterior latex paint. Even though it doesn't call itself ONE, it's part of the same series. I had good luck with Olympic One in the past, so I used this from the trim. Like the garage, I had it tinted to Frostine (AF-5) which is Benjamin Moore color. It looks pretty much like white but something that has a little pigment covers better than a pure ultra white. 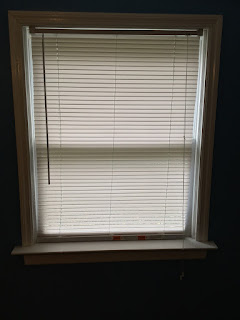 Because of the photos and lack of much light, it really is hard to tell in the picture, but it covered pretty well. I also could tell they didn't even bother painting the trim when they put it up in the house before we moved in. Now it's all nice, shiny, and clean.
Posted by Adam at 5:00 PM

Good job, Adam! Thanks for sharing what paint you used.

Painting the trim is a tedious job.
I like the white trim and plan to have it in the new house.

Looks great! I love freshly painted trim. It's so bright and clean.

Olympia is a great paint

Painting stresses me out! I'm so glad that we don't have to do that very often. It looks great!

Such tedious work. We'd often say "later" and then take months to get it done. And it makes such a difference.

I enjoy painting walls, but trims are time-consuming and not as much fun to paint.