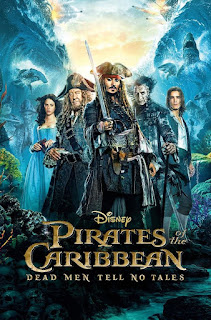 It's hard to believe it's been so many years since the original film back in 2003. I remember sitting in theaters and watching Curse of the Black Pearl and being amazed by how good it was. Unlike The Haunted Mansion, this movie based on a Disneyland ride actually was amazing and was good enough to have sequels. I thought the first sequel was good but unworthy of the original. I thought the third film was an embarrassment, but unlike some people I actually liked the fourth one quite a bit. Critics have always been rather unkind to the series while regular folks have liked them much better. Critics panned this one like most of the series (except the original) but was it that bad? 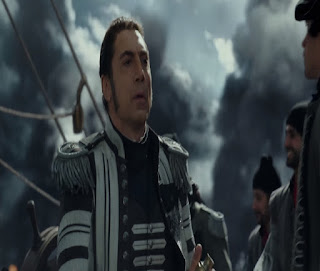 The movie is set a good number of years after the events of the first three films. However the story originates back in Jack Sparrow's youth. A Spanish sailor named  Captain Armando Salazar was on a quest to eradicate all those who ruined life at sea in the Caribbean. He almost gets a chance to kill Jack Sparrow before his real adventures began, however Jack tricks him and Salazar and his crew "die" however they just enter a very cursed state. Not unlike the cursed states that we have seen in the series already. 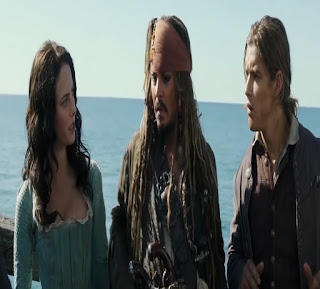 While Will Turner and Elizabeth Swann are mostly out of the picture in this story, their grown son Henry Turner is one of the main characters. He wants to break his own father free from his curse, so he goes off to find the legendary Jack Sparrow. However he is rather shocked to see that ol' Jack is a pathetic and incompetent drunk. They make allies out of Carina Smyth, a young woman orphaned at birth however she is so intelligent that all the common people think she's a witch. They'll need her brains, Henry's courage, and Jack's extremely good luck to survive a monster like Salazar coming to end them all. 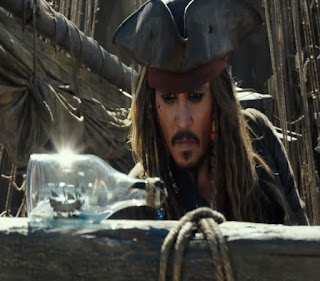 Overall I was fairly impressed by the fifth film. Most of the series has a lot of deja vu moments and that kind of serves true here. However I still like Jack Sparrow a lot, and his humor often saves scenes that are often poorly written when logic fails. I thought Carina and Henry were decent new characters and they had pretty good chemistry together but it did mimic the story of Henry's parents perhaps too much. It's a likable film to me, but the story did drag on a bit too long and the story like most of the series could have be polished much better. Though I did like the twist of one of the character's origins near the end.

A gre tired of this franchise halfway through the second one.

My daughter loves these films but after the first one I stopped watching them. She did say this one was the best one yet though.

I could not get into these movies.

I haven’t seen this one yet just because I d9 tire of it. Except for he first one, the rest all seem to inter mingle

I actually saw this movie and enjoyed it! Pirates of the Caribbean has long been a favorite ride of mine at Disneyland.