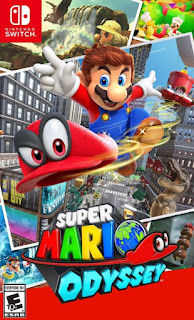 Personally, I don't think video game got really good until the NES days. Atari was cool for its time but when their primitive hardware and lousy games crashed the industry, it really showed their true colors. Mario had always been leading the way for great games, and is part of the childhood of many people these days. However since the mid-90's, we've only had a few true 3D Mario games; Super Mario 64, Super Mario Sunshine, Super Mario Galaxy, and Super Mario Galaxy 2. It has been seven years since our last true Mario game in 3D, so did it meet the hype? 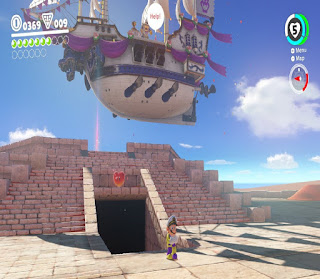 Super Mario Odyssey takes a step back more to the direction of Super Mario 64 as you don't have a water jetpack like Super Mario Sunshine nor a ability to fly in space like Super Mario Galaxy. Instead you meet a talking hat who finds a common enemy with Mario. The mighty Bowser captures not only Princess Peach but Cappy's magic little sister Tiara as well. Cappy can transform himself into any hat Mario wears. 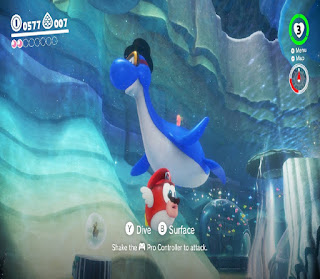 The magic of the hat is that you can take over the body of many different enemies. Like becoming a Cheep Cheep fish lets you breath underwater and swim much better than a human.  You also become a powerful chain chomp and use it to your advantage. Another cool one is a lava bubble where you can finally be in lava in a Mario level and have no harm come to you. You can also control various non-enemies such a person driving an RC car or a giant T-Rex dinosaur if you so desired. The best thing is that you can exit out of all of them at any time as even some of the best ones are useless in certain situations. 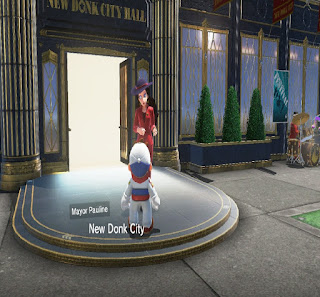 But the main purpose is to find Power Moons (similar to the stars of Super Mario 64) which power your ship to travel to new kingdoms in the giant earth. Many power moons are obtained simply by doing the main quest, however to get to new worlds, you'll have to get more power moons some of which are very cleverly hidden or you have to do a very difficult task to get. If you actually look it up, most worlds have more power moons hidden than you could ever dream, so it would take many many hours for a player to get every single power moon in the game. 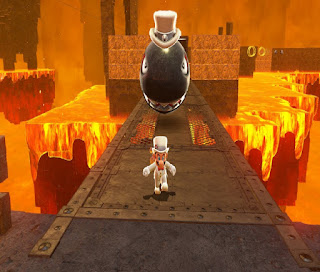 But overall I will say that Super Mario Odyssey is certainly over-rated from what I heard. It's an amazing and very good game, but it has its flaws. Such as reusing boss fights more than one time, and having very little to entice the player to get more power moons once the main game ends besides cameos and extra challenges. It's certainly fairly challenging in certain areas, but the main quest is easy enough. I will say the final Bowser battle was one the toughest in years, though in the easy Assist Mode almost anyone can defeat the menace. A lot of folks are guessing either Super Mario Odyssey or The Legend of Zelda: Breath of the Wild will be earning the most Game of the Year awards, but I honestly thought Breath of the Wild was by far the superior game.

Sounds like one just to play and enjoy with little repeat value.