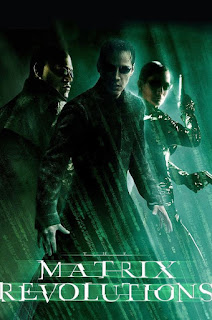 Not long ago I saw the original The Matrix for the first time and while I thought it was good, it kind of let me down since the hype back in the late 1990's and early 2000's was pretty considerable and hard to ignore. I actually thought the first sequel The Matrix Reloaded was much better than what people said but not quite as good as the first. The Matrix Revolutions is what I hear people REALLY didn't like. It is a shame when the last movie of a series disappoints badly, but was it really that bad or was it an over-reaction by hopeful fans suckered on the hype train? 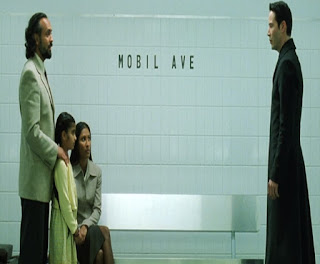 Since both Reloaded and Revolutions were shot back-to-back and released in the same year, the film picks up immediately after the first. While Neo saved his girlfriend Trinity from certain death, his new level of powers accidentally sent his mind into a purgatory of sorts. However it's a "train station" created by the "Trainman" used to serve as a gap between the real world and The Matrix and a way to sneak things from one world to another. However the Trainman works for The Frenchman and after a bad first meeting, he is not willing to let Neo go back to where he belongs. 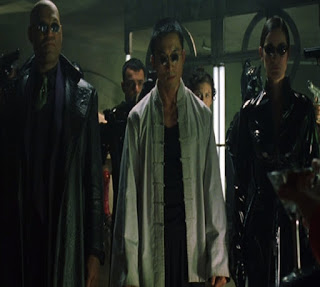 Which causes Morpheus and Trinity to take matters into their own hands. Neo might be as strong as a deity in The Matrix world however in the train station only the Trainman is god. So he'll need help from his friends on the outside world to bring him back. However the machines are getting close to destroying the last human city of Zion. And Agent Smith has gotten almost a whole city of his own clones becoming far more powerful than anyone could imagine. Will Neo and the rest of humanity be able to stop such madness? 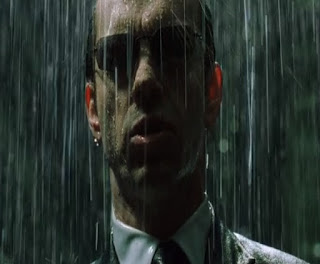 Overall The Matrix Revolutions was not really as bad as I had expected. It's actually not really an awful film, like the previous two films it's fairly consistent. However as I pointed out before, The Wachowskis didn't exactly come up with a story that made a lot of sense, so at the finale that's where logic and sense were suppose to appear but yet again it hides in the corner of poor planning. Granted the action scenes aren't really as impressive as the previous two, the final fight was a bit underwhelming, and the ending was so wrong that I could see why many fans easily called this the worst of the three movies. Though I still liked it and it's gold in comparison to The Wachowskis' last previous movie (as of 2017)  Jupiter Ascending.

Tried watching The Matrix when it first came out. Fell asleep half way through. Wasn't my cuppa tea.

Wow, thank you for sharing!
I like this film ^_^

Whew! You really went back in time Adam! I can't say that I enjoyed Revolutions as much as the first 2, I still enjoyed the premise of the movies. Something about it was just super cool to me. Hugs...RO

I saw all three when they first came out. I found the trilogy story confusing. I wonder if I saw it again if I'd get it.

The first one was the only interesting one.

I watched everyone of them..and after each one I said 'what the fuck?'