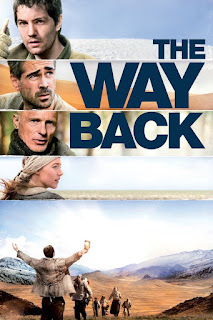 The Way Back had been on my list for quite awhile to watch but just never got around to it. I think the reason I heard of it was because Irish actress Saoirse Ronan was in it, as she is one of my favorite actresses. The movie is actually based on the supposed events of Polish army officer Slawomir Rawicz who was imprisoned by the Soviet Union after the invasion of Poland during the early days of World War II. They change things for the movie like the name of the characters, which I prefer to non-historical figures as I'd rather it based on history than claim it actually happened when it didn't. The story of Slawomir Rawicz also had been severely doubted by many and nobody was able to prove the story. 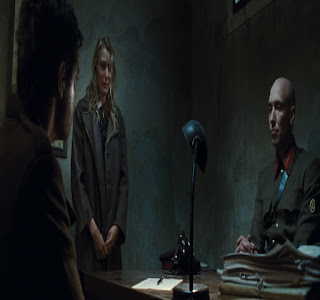 The story begins with a Polish man named Janusz Wieszczek who was captured after the invasion of Poland by the Soviet Union. For reasons quite unclear, the Soviet Union want him sent to a gulag. They accuse him of being a spy, which he refuses to admit. They torture his wife and manage to get her to "confess" about her husband. With enough "legality" on their side, they send Janusz Wieszczek to a gulag in Siberia. However it doesn't take long for him to notice that death may be better than spending time there. 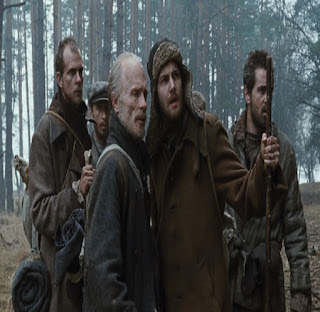 Along with a few inmates like the American Mr. Smith, the criminal Valka, artist Tomasz Horodinsky, and former priest Andrejs Voss, they escape from the gulag after a huge snow storm. The Soviet guards fail to find them after the snow is gone. However they can't just hide in the Soviet Union, they'll have to run for the border. However they'll have to go through another communist country to do so and it'll be another long walk until they reach a land that will grant them their freedom. 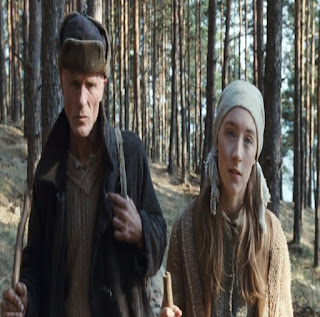 Overall The Way Back was about what I expected. Pretty good but something that didn't wow me all the way. Watching the movie, it is a little hard to believe that such a group was able to walk all the way from Siberia to freedom, so maybe nobody actually made the trip in real life. But overall it's a good interesting story, and well acted as well.

I think I might like this film, Adam. Maybe if it shows up on free cable. I looked up Saoirse Ronan because I wasn't familiar with her. I did see "Brooklyn" and remember really liking the actress who left Ireland for the US. Thanks for putting her on my radar. Have a good one!

Did you ever see the classic 1974 - "Murder on the Orient Express"?
If so avoid like the plague the recently remake of it.
Classic should Never be rehashed and this is what surprisingly Kenneth Branagh as star and director has done.
More on this calamity in an e-mail later.
Colin

Haven't seen it, but you've convinced me to look for it.

I will have to look for this one. I like Saoirse Ronan. I really liked her in Brooklyn and The Host.

Never heard of this one.

I saw this..wasn't great but was good