Things I Like: Calamity Ganon (The Legend of Zelda: Breath of the Wild) 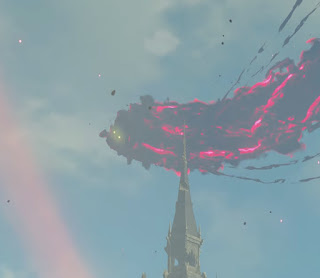 Calamity Ganon is a the final boss of The Legend of Zelda: Breath of the Wild and it's very obvious from the start of the game. You wake up to realize Ganon won 100 years ago and you got preserved to one day fight him again. All he does in "victory" is hover over Hyrule Castle...how lame for a goal plan there. Certainly the most monstrous and inhuman Ganon in the series and obviously inspired by Demise from Skyward Sword on Wii. 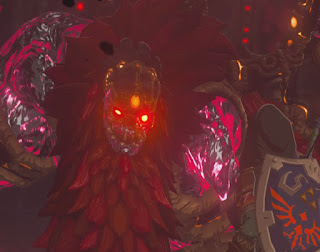 As you can see, Calamity Ganon is more of a monster than his humanoid or giant pig forms we're used to. He's almost got a scorpion or spider thing going on this time. 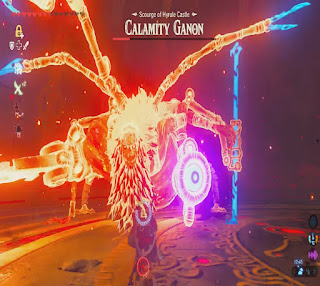 His main form is pretty tough even with all the things to make it easier. The hardest I found was when he has his super energy armor on and can't be hit unless you knock a blast back with your shield which can be tricky. 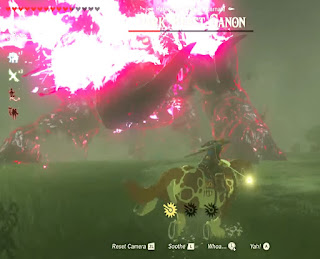 His final form is a giant beast which kind of reminds of Twilight's Princess' Ganon form. You basically have to end him with light arrows and while the last scene is gorgeous, it's super easy. I will say though, it's not my favorite in the series, and the Wind Waker final fight was my personal favorite in the series with Ganon battles.
Posted by Adam at 12:00 AM

Where do you find the time to play and evaluate all these games, Adam? I'm in awe!