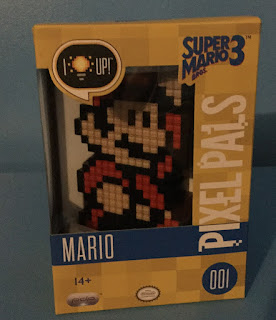 I noticed these things at Gamestop, and they had many different versions of many different series. I wanted this regular Mario as it looks exactly like Mario does in Super Mario Bros. 3 on the NES. This otaku decor was really calling out to my inner nerd. 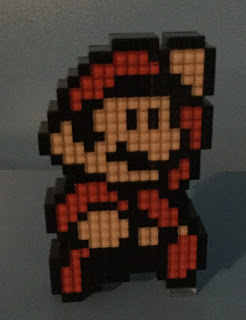 Technically you don't have to this thing with lights. It looks perfectly fine on its own in the regular light. 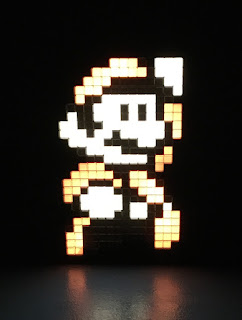 This is what it looks like lighted up. It runs on batteries though, and I had a thought about giving my nephews some so they could potentially use it as a really neat night-light. I accidentally left it on for several hours, and by the time I realized it, the batteries were dead. So it's not actually practical to use it as that function for a gift idea for your children. It's better as just decor in a game room, desk, or entertainment system.
Posted by Adam at 12:00 PM

What a cool night light this would have made. I wonder if there is a workaround you could come up with.