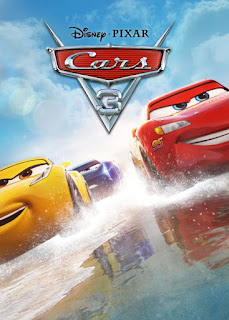 To be honest, I've never been the biggest fan of Cars, even though Pixar is my favorite studio for 3D animated movies. While the movies have been more-or-less a success at the box office and with critics, I always felt the story almost felt like it was for a movie that was made-for-television. Deep down I really didn't even want Cars 3 to be made, but my loyalty to Pixar movies does compel me to see it. Was I proven wrong? 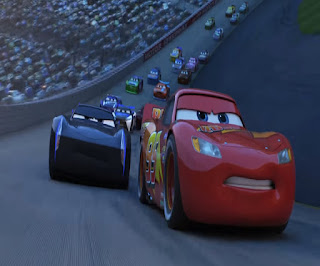 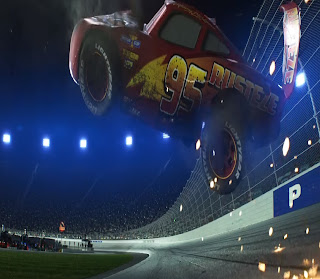 Lightning McQueen decides to give it everything he has and he crashes big time in his race. This puts him out of the game for months. While he does heal, and the league does allow him back into the ranks, the public pressure is on him. A lot of the new fancy racers are making many older cars retire early. He knows he has only one more chance to win in a big race down in Florida. But will he have the speed to keep up? 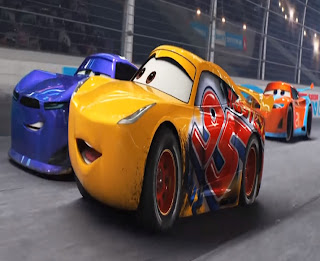 Overall my feelings for Cars 3 are about the same as the other two. They're all not necessarily bad films, but they're a joke compared to most of the other Pixar movies. The kiddos apparently can't get enough of these films, and I really wish Pixar would stop wasting their time and hand it off to a B-studio in Disney somewhere. The animation is superb, but the story is rather simple and not very exciting to me.

I haven't seen any of the Cars movies.

Who knew a near complete rip off of Doc Hollywood could go so far.

i watched the first one..but with girl ggs we watch movies with out cars..ha

Not my thing, but our son loves these movies.