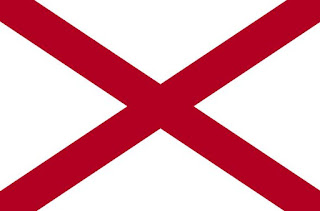 I was watching the news earlier where Roy Moore was up quite a bit, and I thought that Alabama once again showed us that they are still the dumbest state in the nation by far. But color me surprised, Doug Jones made up the difference and the Senate race has been settled. It was a close race, but that's still not a good thing even in victory. Roy Moore was a religious extremist who violated not only the U.S. Constitution but direct Supreme Court orders on two separate issues which got him kicked off the Alabama Supreme Court twice. Then we found out that he preyed on little girls in the past. Little less than half of Alabama voters today voted for this monstrous lunatic, just like forty six percent of voters last year voted for our giant man-baby president that also likes to have his way with women. None of these races should even had been that close. The Republican Party has a serious morality issue, and to be honest, the only difference between Moore plus Trump versus the 98% of the rest of the GOP is that they are more honest about their extremism.
Posted by Adam at 11:04 PM

This is such wonderful news!

I was so happy when I found out that Jones won! I honestly did think Alabama would vote again for that sicko Roy Moore, but yay to being proven wrong. And WTF? Arriving on a horseback to vote?!?!?

This is very good news. I can't imagine how anyone, especially women, would vote for these sickening perverts.

I couldn't be happier with the outcome.

Here in Australia the result was fully covered on news bulletins,
the sight of this bigot Moore riding up to vote with his wife
on horses caused many commentators to laugh their heads off, but I got the biggest laugh when it was mentioned that his "nag" was a mare called "SASSY" ! wonder was it bred in Lubbock, Texas??????

Then the press conference with the Sassy riding idiot and he holds aloft a bible and quotes from it something to the effect that God will not allow this result.

C'mon when this Yankie circus end?
Bibles and quotes................!!! then the interview that Muslims can't hold office in the USA as they don't swear or can't swear on the bible! The look of anguish on this Moore clown's face when he was told that people can swear on the book of their belief, in the case of a Muslim............it is the Koran !
The USA gets dopier by the day.............wake up and then MAYBE the USA "MIGHT" be respected again.

thank the goddess for pissed off black women