Fact of the Day: Football Heart 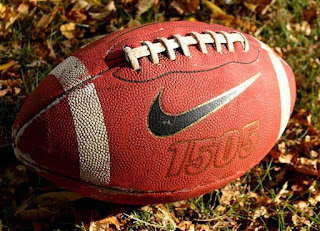 The San Francisco 49ers were founded by Tony Morabito. After bad health, Tony still watched the team play despite the advice from his doctors due to the high levels of stress. During a game against the Chicago Bears, the 49ers were losing and Tony died of a heart attack. A note was passed saying "Tony's gone" to the coach, and the 49ers won the game against the Bears in an upset victory.
Posted by Adam at 12:00 AM

Email ThisBlogThis!Share to TwitterShare to FacebookShare to Pinterest
Labels: California, fact of the day, Football, NFL

Oh wow! What a story!

Surprised Disney hasn't made a movie about that.

So sad that it happened that way, but he passed doing what he loved, and what a powerful tribute by the team. It's ironic that his brother died of a heart attack as well. Happy Monday! Hugs...RO

And that's why it's never a good idea to get all worked up about sports.

Dying for your sport, that's not good!

Hi! Nice story for them!

if it's football I know it..great story