Fact of the Day: Jean-Baptiste Sipido 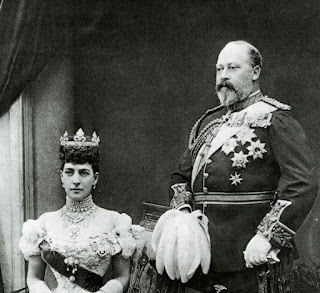 While touring in Belgium, the soon-to-be King Edward VII of Great Britain was almost assassinated. A young Belgian anarchist in Belgium named Jean-Baptiste Sipido fired at him but he missed and was quickly wrestled down. He did so because he was angry over the events of the Second Boer War. Despite the grave offense, he was pretty much let go because he was only fifteen. Causing quite a public stir in Great Britain over the lack of any real punishment.
Posted by Adam at 12:00 AM

I wonder what happened to Sipido after that. Probably died in the first World War would be my guess.

Nope. Wikipedia says he moved to France and worked there for the rest of his life. He died in 1959.

An interesting story I knew nothing about. Merry Christmas.

Maybe Sipido was secretly regarded in Belgium as a hero for taking a stand.

Wonder what they would have done to his 15 year old self if he had tried that today? Very interesting fact.