Fact of the Day: Jewish Spaniards 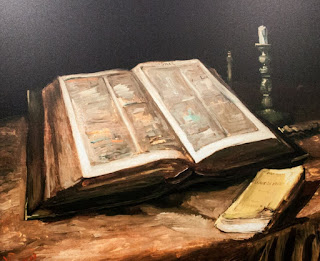 For centuries, modern-day Spain was under the rule of Muslims. Ironically this time period was a "golden age" of sorts for Jewish people living in Spain as their intellectual and spiritual lives flourished more-or-less during this time. It was only when Catholics tried to take land in Spain (and eventually were successful) that the lives of Jewish people started to go downhill (by the actions of both Muslims and Christians) eventually reaching a point where they either would have to convert, leave, or die.
Posted by Adam at 12:00 AM

Religion at its finest, ugg.

Historically, Catholics have never been known for their tolerance, that's for sure.

Oh! I suppose Protestants do??????
Turnip Topper supporters certainly don't show tolerance,
now the baboon seems to have Rex Tillerson in his gun sights.
No one can disagree with that BABOON that the US has as it's ill fated leader.
Careful Debbie, glass houses crack quickly when stones start flying.
Colin

And all this done in the name of God, of course.