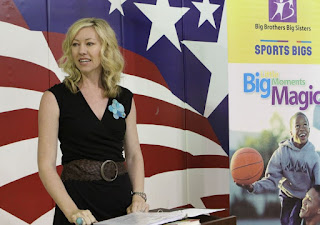 While often confused with the Boys and Girls Club, I think most people (in America anyway) have heard of Big Brothers Big Sisters.  I had mildly thought about volunteering years ago, but I never was given the push I needed. A few months ago, one of my much older friends Wanda, whom I met through the local Democratic Party had mentioned that her niece Allison (who I also befriended through the same venue) worked for the local BBBS chapter and at their Christmas party last year a little boy came up to her as she was helping out and asked her when he was going to get a big brother. That really sounded like the saddest thing I ever heard, like seeing movies of or hearing real stories of orphaned children or even unwanted pets, it really lights something up inside your soul and you really want to do something to help while the flame of motivation is still burning bright. 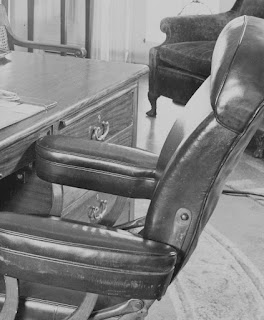 Now like any organization that benefits children, there is a lot of bureaucracy to it. The first thing that happens is they make sure you're not a horrible person with an in-person interview and references. Then they ask you what kind of role you are looking for, there are actually two programs, a traditional one and one where you meet up at their school during school-time. Then they try to find a child with similar interests to provide a good match. Unlike Boys and Girls Club, this is pretty much a one-on-one mentoring thing, if you want to quit and do something else, you risk making a child cry. 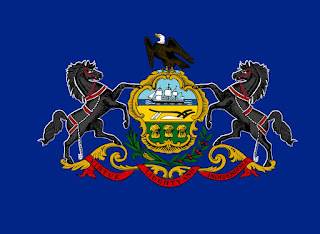 But the time came right before Thanksgiving to meet my Little Brother. I'm going to call him Mr. B on here as that's short for his first name, as I do the same when I talk about my nephews here. While anyone can join the program, it's more for kids who don't have a father-figure (or mother-figure for Little Sisters) in their lives. I don't try to pry into people's lives, but from what I understand, his dad lives in Pennsylvania and is for the most part of out of his life from the distance alone. While South Carolina is also on the east coast, it's not exactly an Sunday afternoon drive to ol' Pennsylvania. Big Brothers often serve as father-figure and a brother-figure at times as a mentor, but the most important thing is to be their friend, a very positive influence in their lives. 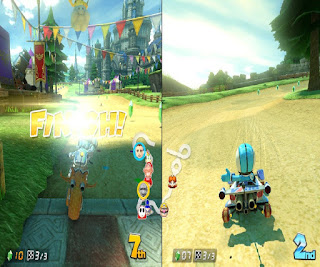 It's not difficult for me to bond with him. Like any boy his age, he loves video games. Our first meeting, I brought my Nintendo Switch (which I'm really glad is so portable) to his grandmother's house and we played for a few hours. When it was getting dark outside and it was time to go, he kept thinking of excuses for me to stay so the video game time would not end. 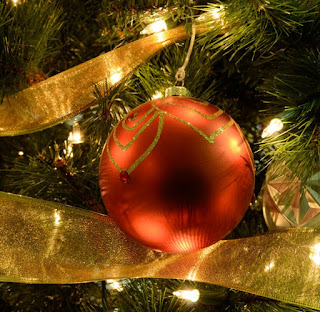 Not long after our first meeting, was the local Christmas party. I could tell Mr. B was certainly a shy kid around others. It was held at the local YMCA's gym, and there was a little room before it that held foosball tables (with no foosballs to play it with) and a mini-basketball hoop that did have mini-basketballs. After the event started, Mister B didn't care for the music players and the dancers they got to entertain everyone, so he wanted to go into the room to play basketball. There was a little girl playing it already, but there was room for 2 so he shot some hoops there. But it didn't take long for another wave of kids to get the same idea, and they basically "stole" the game from him through mild rudeness and chaotic numbers and he gave up and tried to find something else. It was a different venue, I would have stood up for him, but all these kids are kind of in the same boat and I didn't want to make trouble either way. But it didn't take long for the food tables to be called, and we got our food. His little sister was also there (she's in the program as well) and just like siblings, they didn't want to sit at the same table. The local BBBS chapter had Christmas gifts for each child, so he got something as he walked out the door. 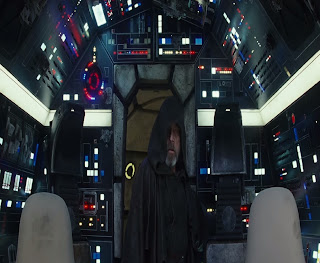 The day after the Christmas party, his mother got us tickets to see The Last Jedi. She got them the day before on her phone, and the ticket-taker told us it was all booked (which makes no sense), but we could "try to find a seat", luckily he was exaggerating as most of the good seats were taken, but in the giant room, there was at least thirty something chairs way up in front that nobody took. We found two luckily way up top. Before the previews started, we played hangman on my phone and one of the words he had for me to guess turned out to be "AdamRules" which I was glad to see. But if you know anyone in your local community that would benefit being a Little Brother/Sister or help out as a Big Brother/Sister, it can make a difference.
Posted by Adam at 12:00 PM

Adam you brought tears to my eyes today I am so proud of you. It is a real commitment and I wish you the very best.

You are such a great guy, Adam! Wishing you and Daisy a very happy Christmas

Oh Adam good for you, what a wonderful thing to do.
I wish you and Daisy a Happy Christmas and all good things for 2018.

Good for you, Adam, you will be a very positive influence on little Mr B!

That is awesome for you to do indeed. I thought about it, but then job crap forced me out of the city and they don't have it near here.

This is wonderful, Adam. I am very proud of you for doing this. This is such an excellent organization!

I've heard of the program and I think it is a wonderful thing that you are doing.
Mr B is blessed to have you as his 'big brother.'

Congratulations Adam, you are doing a good thing man, this is going to work out so well for Mr. B and you also.

Congratulations for volunteering for a very worthwhile cause. You will have personal growth and satisfaction from your efforts.

How wonderful that you're sharing your time with a needy child. Congratulations on being a wonderful human being. Take care and Merry Christmas.

That's wonderful of you Adam. I drive by our local BBBS often and have thought about signing up as well, but in all honesty, probably won't until my youngest is in college in a few years. I will look forward to hearing more about your adventures with Mr. B.