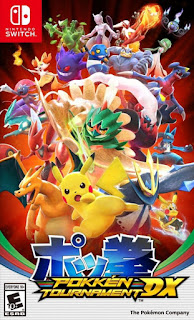 While I had a WiiU, I didn't get the original version of Pokken Tournament. I've been a big fan of the Pokemon series since 1998, but for some reason, I seemed to be rather dubious of a fighting-game with Pokemon. Luckily Nintendo was smart enough to port this one (like Mario Kart 8) over to the Nintendo Switch. This was actually developed by a team at Bandai/Namco, so it actually wasn't even Nintendo who made it. But for about a year, I heard it was pretty good. I didn't know it actually started as a Japanese-only arcade game, but how did I like it? 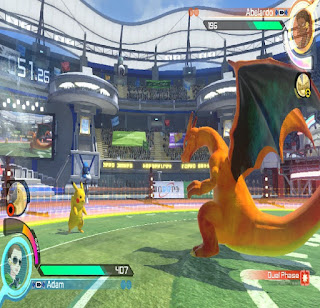 To explain Pokken Tournament simply, imagine Pokemon meets Street Fighter, Soul Calibur, and Tekken. While the main games include close to a thousand pokemon, it's obvious this would not happen here considering each pokemon have their own unique moves and specials. The rosters is a bit from every generation. You have Pikachu, Charizard, Gengar, and Mewtwo from the original generation. And some from later games like Lucario, Suicune, and Garchomp. Not found in the WiiU version that's new to the Switch are Croagunk, Darkrai, Empoleon, Decidueye, and Scizor. You also have to special versions like Shadow Mewtwo and Pikachu Libre. Other Pokemon (such as Diglett, Dragonite, and Espeon) make cameos as assist moves. 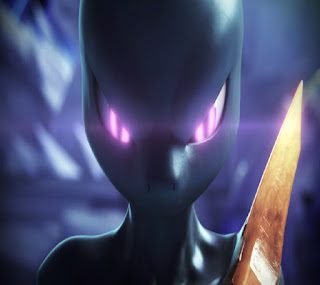 Like most fighting games, the single-player mode isn't radically different from the multiplayer mode. The main mode is basically a tournament-style rounds where you join a league and have to advance. The more opponents you defeat in battle, the higher your rank. Once you make it to the top ranks, you face off single-elimination until you become its champion. Once you get your imaginary crown, a mysterious Shadow Mewtwo and its human come to challenge you. Unlike the league fighters, Shadow Mewtwo is not a cake-walk. 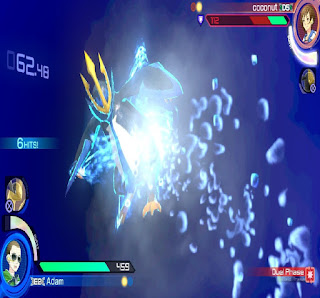 As for the game-play itself, its the first 2D meets 3D fighter I've ever seen. While your moves are input more like Tekken than Street Fighter, you constantly change between a 3D and 2D plane. Certain powerful moves spark the shift, and this changes the way you dodge and some of your moves as well. You also have two meters than can help you in battle. You have a pokemon that can assist you by either hurting or disabled something about a foe, or they can heal or enhance you. Then you have the synergy meter, once full (happens usually once per round) your Pokemon goes super and your attack, defense, and speed are increased. If that wasn't enough power, you can do a super-move for massive damage. Also types don't seem to matter in this Pokemon game, pokemon like Pikachu are good for speed, Mewtwo is good for power, and others kind of serve as hybrids as well. 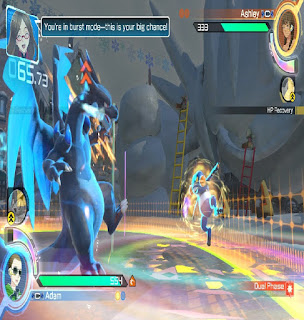 Overall I was really impressed with Pokken Tournament. I would have never imagined that this game would have been as good as it is. The battles are really fun and can make time slip away quite easily. Personally my favorite of the bunch was Charizard, and I win almost 70% of the time with him in online matches. Speaking of online, the game flows pretty smooth and there isn't much lag. I did have it slow and freeze a few times, but those were rare and probably against someone with rather slow internet speeds anyway. I wasn't too impressed with the single-player mode as it bored me before I finished the thing. But other than that, I loved the game and along with Splatoon 2, The Legend of Zelda: Breath of the Wild, and Super Mario Odyssey showed that the Nintendo Switch had a pretty strong first year in console games.

Never figured it was that good, good to know.