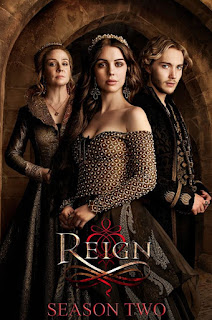 I originally watched the first season of Reign alone, but my wife noticed it eventually (after turning my down my suggestion due to ignorance of what it was about or if she would like it) and she watched the first season in no time. So eventually it came time for her to watch the second season, and I wanted to watch it with her this time around. While I wasn't the biggest fan in the world, it is well produced and almost all the ladies are just gorgeous on this show as well. I also didn't notice originally, but the woman who plays Queen Catherine (Megan Follows) was Anne Shirley in the works from the 1980's. 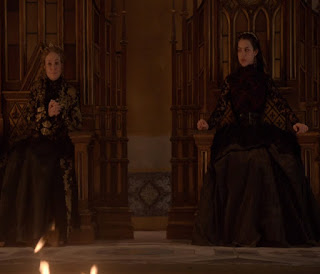 The second season takes up right after the first ended. King Henry II of France is now dead, and Mary's husband Francis is now king. However when Francis learns that he has a son by Mary's friend Lola, he rushes out of his castle to find her. However plague arrives in France, and the King leaves the new Queen of France and the Queen-mother alone to deal with the panic in the castle walls. Queen Mary soon learns that the act of ruling a real country has darker sides and tough choices. But her morality won't let her do the things Catherine advises. 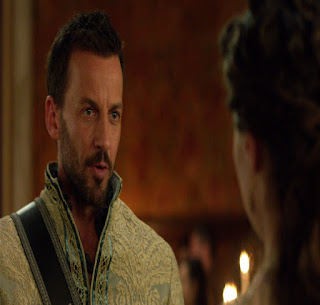 The new King and Queen will have more than one obstacle this season besides the plague. Mary deeply wrongs (for good reason) a powerful lord with many men but more importantly, lands that provide the majority of food for France. This is also a time for severe religious conflict as Catholics working for the Pope are hunting down Protestants. Francis' Catholic lords plead him to enact laws that will punish all Protestants on behalf of the French crown instead of just the Pope. Francis meets his distant cousin, Louis the Prince of Conde who is invited to play a role at court. This makes Queen-mother Catherine furious as Louis is a Bourbon and his House are next-in-line to the throne should the House of Valois perish without heirs. 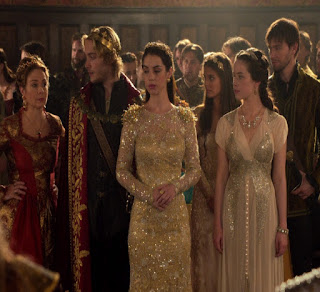 Overall I will Reign is about the same quality as the first season, maybe a tad worse. It just falls victim to the policies of CW rhetoric. They almost always make shows with long episodes and over twenty episodes at that. The beginning and end stories are really exciting, but the middle can get pretty dull at times. I will also note that they really threw out any concern for historically accuracy with the way the season went with Louis, Prince of Conde. While the first season did have made-up characters (Like Bash, Kenna, Lola) they did try to work in the drama in a way that could have been plausible in French history, but now it's really hard to take the history in this show for granted as mostly fact when its mostly fiction.

I loved watching Anne of Green Gables as a kid. Megan Follows was the best Anne.
Reign is good. I think I am behind a season..

Haven't gotten into this one, although I do watch Victoria, The Crown and Nightfall.

I guess I'm too much of a history buff to get into it..I watched about 3 episode and said..yeah, I don't think so.