Senate Passes Horrid Tax Plan in Middle of the Night 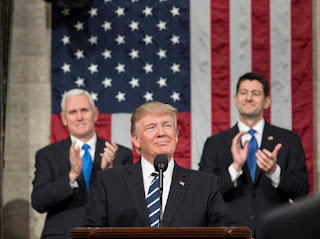 Historically taxes have been pretty low since the 2000's, but now Congress seems like they are most likely going to have a final version of the bill signed by Agolf Twitler into law soon enough. The Senate version is by the far the most despicable excuse for governing I've seen in quite some time, Senators were handed a bill hundreds of pages long mere hours before the vote and there was amendments written (badly) by hand on the side of the papers. This never worked recently in Oklahoma, Kansas, or in the 2000's with Bush. All that's going to happen is that the national-debt will further more and more, and the economy will probably see a recession somewhere around 2019-2021. 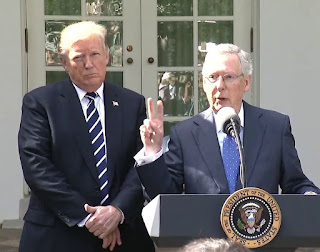 I'm going to state once again what I learned shortly after becoming a young man in the workforce, Republicans don't and will never care about regular working-class folks on economic issues. They are not looking out for a single mother with three kids, or a five-person family with only one working parent. They are only looking at for those who go to country clubs, who sail on yachts, and who live other various forms of a lavish lifestyle. Not surprisingly, all these Republicans in Congress pretty much are the 1%. Not that long ago in government of all Western nations, it was considered an act of treason (even towards kings like Charles I of England) to put your self-interest above the good of the country. But where will all these traitors be in a few years? Not in federal prison, the vast majority of them will still be in Congress.
Posted by Adam at 11:30 AM

Disgusting indeed. And if some working class so much as skimps on a penny in tax, they get nailed. These a-holes skimp on millions, and it's great.

This tax bill will go down in history as the worst piece of legislation in American history.

Your present "LEADERSHIP" is pathetic.......it goes from bad to worse on a daily basis. Rudderless and clueless!

It will be interesting to see if the UK Prime Minister pulls the rug over that rather quick invite to the Baboon for a State Visit.
Colin