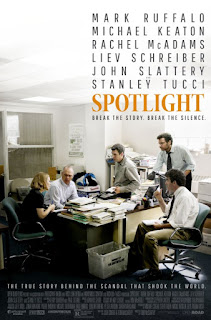 When Spotlight first came out (despite the impressive cast) I had no idea it even existed. Then came the Oscars, and while it didn't get any of its stars Oscars for acting, it did win Best Picture. While I've missed a few, I always try to see the Oscar's Best Picture eventually, if it takes me quite some time to get to it. This movie is actually based on real-life events that happened in Boston in the early 2000's by a team at the Boston Globe. Was it worthy of Best Picture? 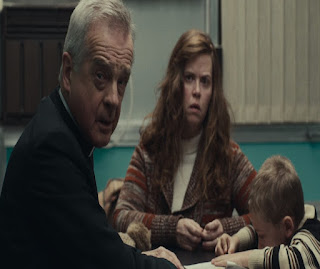 The movie starts first back in the 1980's. A mother and her children are at a police station after a Catholic priest did the unspeakable to them. One of the rookie cops at the desks thinks something major is going to go down, while his co-worker isn't as optimistic to see justice. A high-ranking cardinal storms into the station to visit with the mother. He pleads with her that nothing like this will ever happen again and that the priest will be sent away somewhere else in the Catholic Church's nationwide churches. He leaves with the priest and that matter seems to be settled. 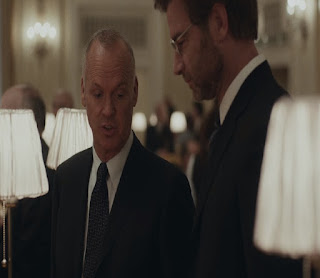 It then jumps to the early 2000's at the Boston Globe. A new bigwig named Marty Baron comes up to the newspaper from Florida. While most of the people working there are concerned, they're hopeful the new changes will be good or at least acceptable. Marty soon learns of the Spotlight team and wants to know what their big new project is. They all eventually want to cover the abuses by the Catholic Church, while a commonly known fact, the difference here is that they think they have proof that the highest ranking Catholic in Boston knew about it and helped cover it up. 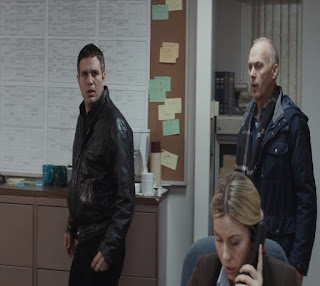 Overall I did like Spotlight, but not at the caliber of Best Picture. It's pretty accurate tale of true events, and everyone holds their weight here. Though because it doesn't make many "Hollywood twists" the story can feel a little dull because a lot of the process was just journalist reporting and dancing in the legal system with Roman-Catholic judges. I'm sure this movie was probably not very well-liked by conservative Catholics, but the movie and the real-life event shows how much most Catholics horribly ignore what happens in their own churches. You'd think a reasonable society would have them going to Rome and demanding the Pope for real reform.

It's probably a good and worthwhile movie but I get this type of reality from the news and don't really want to pay for it as entertainment.