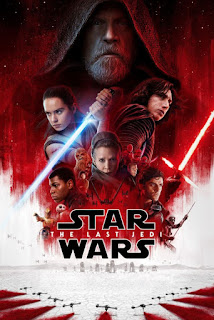 Like most people, one of my favorite film series is Star Wars. I've seen all the movies, and was glad to watch them with my wife Daisy who had never seen them before she had dated me. Now even though I'm a Star Wars fan, my level of fandom often has nothing on some of these super-fans. Many of these "super-fans" also complain way too much. The prequels were badly directed, but they weren't "garbage" that is often claimed. Then they complained that The Force Awakens was too much deja vu of the original film, and while that may be true, I loved it with a passion. I rarely ever see movies on the opening weekend (I HATE crowds), but I was given tickets to go yesterday and you just can't say "no" to that. 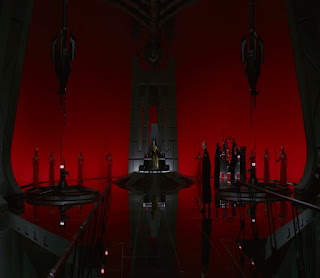 The story takes place not long after the events of The Force Awakens. Despite The Resistance's victory over the First Order's attempt to create a super-weapon called Starkiller Base, they are running short on time. Snoke has led his massive army to destroy all but a few of the remaining fighters loyal to the good side of the galaxy. General/Princess Leia tries her best to lead the forces left to victory, but without the Jedi, they won't have much of a chance. 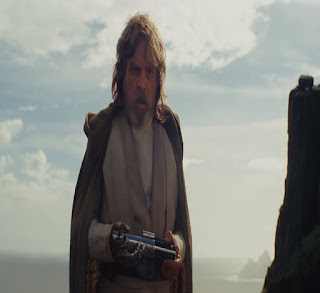 Rey finds Luke on a far-distant planet, living like a hermit. He suddenly rejects her offer of helping The Resistance take on the First Order. Still angry and bitter over what happen with the young Ben Solo and his first generation of new Jedi, Luke Skywalker believes that the Jedi should go extinct. Rey must convince him otherwise or the side of good will be lost. But Luke Skywalker will sense great skill with the force in Rey, just like he had sensed in his now-evil nephew Kylo Ren. 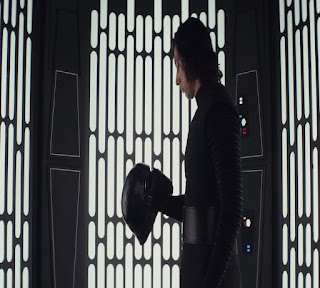 Kylo Ren returns to his lord, and Snoke is not happy with him. The fact that he lost in a lightsaber duel to a girl who had never held one before, was quite the embarrassment. He calls Kylo Ren too much like his father, and emotionally weak as well. This infuriates Kylo Ren and he starts to fall further down the dark side of the force. However his mind is strangely linked to Rey's and Rey thinks she can turn Kylo Ren back into Ben Solo. But with the last lightsabers are turned off, will the Jedi finally got extinct? 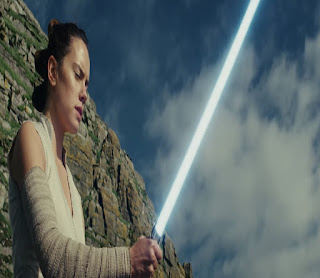 Overall I was very impressed by The Last Jedi. Though I will say, some of the details of what happens makes me think that its writer and director Rian Johnson made many changes to a story that was started by JJ Abrams, Lawrence Kasdan, and Michael Arndt. Some ideas are good, some ideas are bad, but overall the movie will not fell like deja vu like The Force Awakens did. I was unfortunately hit by a stupid guy posting spoilers on social media, so I knew the major things were going to happen even though I tried to ignore them as "maybe not". But I was never bored in this over 2 hour movie. In many ways, Star Wars reshaped the sci-fi genre back in 1977, and forty years later they prove they are still the king of the genre. Now granted, I looked up fan reactions, and many were pissed about the Last Jedi. But the prequels and The Force Awakening reactions proves that nobody likes to hate on Star Wars movies like Star Wars "fans" because it didn't go the way they wanted.

I plan on seeing it once it hits On Demand.

Thanks Adam! I was really interested in your opinion on this. Today we have to be careful criticizing the direction in older films because the pacing and everything else was SO different. They need to be seen in context I think. Films are EXPERIENCES today! Even 3D. Thanks

Last night as I watched some of part VI (never can recall titles), I noticed how the young actors who portrayed Leia's and Luke's parents resembled young Carrie Fisher and the actor who played Luke (why can't I remember his name?). Whether the casting directors did that intentionally, I don't know, but that's pretty cool. The Husband and I are looking forward to seeing the recent installment. Reading your review, I remembered some of the last movie, so maybe I don't need to see that one again before seeing the new one.

I'm glad you had such an enjoyable movie-going experience.

My family is going to see it tomorrow! They have loved all the sequels.

Looking forward to seeing this!

I saw it a few days ago and I generally liked it too. I thought there were a few too many cutesy creatures and I had issues with the Leia-in-space bit (that's not a spoiler, is it?) but overall I found it very entertaining. All I could think about when watching Snoke in his lair is how much Mop & Glo it would take to keep that floor so shiny.

I haven't seen it yet..but I know Mark Hamill is not happy with the way they went with Luke.so I'm not holding my breath.