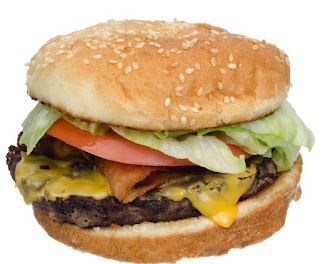 Back around 2011 I happened to stumble across a right-wing radio station which was mostly local shows, being a member of the left-wing, some of the stuff they were saying was appalling. The first conversation I ever heard was from a caller who was convinced Abraham Lincoln was a secret communist who preferred the company of men... But it was strangely interesting to hear what these lunatics were saying. When marriage equality was still in hot debate, a female co-host of the show compared being LGBT to her love of eating cheeseburgers, basically saying that only straight couples could marry because it's all "a choice to make bad life-choices". This same radio show would rarely get liberal callers (I can imagine someone was doing tough screenings) but when a few would get through the cracks, they would drop their calls so they couldn't counter-debate because they were afraid of the truth.
Posted by Adam at 12:00 PM

I can just imagine all of their listeners sitting around in their mom's basements wearing tin foil hats. What a bunch of nuts!

People can be so crazy.

There is a serious historical theory that Lincoln was bisexual. We'll never know for sure though.

Lincoln isn't around the speak for himself. Like Debra says, we'll never know for sure about him.

Wonder if there is ANYONE on the planet that gives a rat's a** if Lincoln was gay, straight or bisexual ??