Story: Not so Clear Coat on Deck 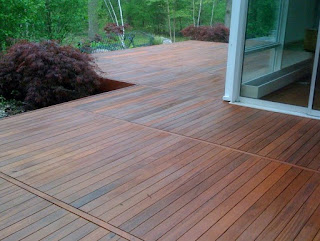 While working in a paint department, I had an old man come up to me one day and said he put a clear coat on his deck but now it was white. I asked him to show me what it was, as some people grab the wrong thing. He took me to an expensive deck resurfacer paint which was white in the bucket and we could tint it any color with our machine. I guess he thought it would dry clear, but the paint is pretty thick, I don't know what made him think that. Not only did he waste so much paint, he had to remove it all, then clear-coat his deck with real clear sealant. I asked him if anybody helped him and he said that he just grabbed it. That's why you ask if you don't know.
Posted by Adam at 12:00 PM

Frustrating lesson when a simple ask for help would have cleared it all up. Cleared....hahaha

Words of wisdom, Adam. I've certainly gotten myself into jams before when I assumed I knew all about something and I didn't, in fact, know diddly.

Yes. You have to ask if you don't know. Or else something like this will happen.

Oh ouch! That’s going to be a pain!

Perhaps he thought he knew without asking - poor man.

Hard to believe he thought it would dry clear.

Jeez. Imagine that. White deck paint made the deck white.