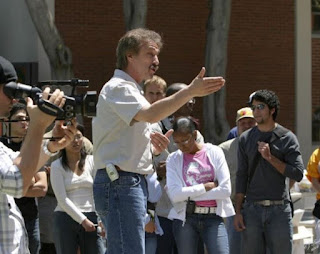 With the rise of atheism/irreligion in recent decades, comes a counter from super religious Christians in the western world so obsessed with squashing the spread of non-religion. While religion requires faith without proof, irreligion is more about taking scientific data and using it to make sense of the world/universe. A trick in propaganda is to accuse the other side of which you are guilty. Creationists aren't in the smarts department typically (though anyone of any intelligence can be brainwashed) but many of them are making little videos often shared on social media by people. These often say that atheism is stupid, unscientific, and just plain wrong. Virtually every video I've seen of these is easily broken down by logic. One of the most infamous of these creationists, Ray Comfort used an argument once along with his pal Kirk Cameron by calling something "the atheist's nightmare". 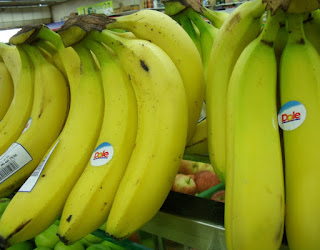 That something was a...banana. Ray Comfort's argument was that the banana was designed by his God for the benefit of humans. Noting how the color changes indicate deliciousness, how it was easy to peel, and delicious to eat. However the bananas we know of were actually artificially bred by humans for thousands of years until they got it right. And even then they kept trying to perfect it and humans kept coming up with new cultivars as we call it. 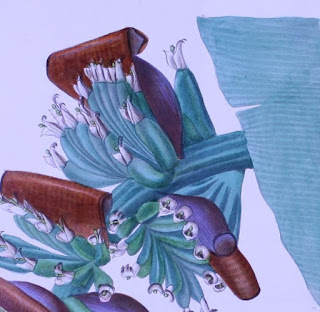 But if you think about it, why don't we walk out into nature and find delicious fruits and vegetables already there? It's because all fruits and vegetables were descended from a wild and far less tasty ancestor. Wild bananas still exist, and they have many hard seeds, taste foul, they are not easy to open, have little nutritional value and are virtually inedible to humans as a result. There's a reason you never see these when you walk into a produce department, nobody in their right mind would want them. Even people starving to death would have little options with these. 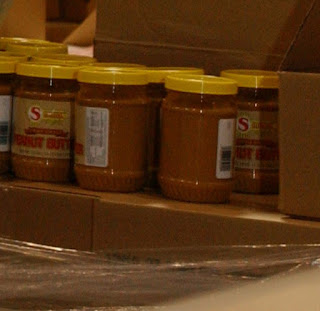 The next argument I heard the other day was coming from a guy named Chuck Missler who has written religious books. The argument is totally against evolution in general instead of atheism alone, but it doesn't even attempt to argue against the variation of life forms. He brings up peanut butter and how its sealed against air to prevent things like mold from growing inside of it. He claimed evolution is not true because if the seal is in-tact, we never find "new life" inside peanut butter. 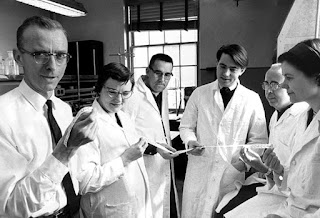 The argument is paired with the scientific attempt to figure out how life started. We define life as any being or thing that is made of DNA, which includes me, you, bananas, peanuts, Ray Comfort, a monkey, fungi, and those nice and not-so-nice bacteria. What isn't considered life is things made of RNA. It isn't so far-fetched to believe (looking at their core makeup and shape) that an early form of RNA, changed and became the double-helix shape of DNA. 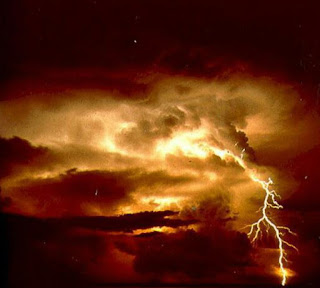 I've heard of real scientific experiments attempting to create life on its own by using energy that was around on an early Earth like extreme heat and electricity. Peanut Butter man claims that the energy given to jars of peanut butter in the handling process should create life, like people holding it with their hands. No matter how warm my hands are and how long I hold it, I could never properly heat a pop-tart or a piece of toast. The energy a toaster uses, is rather tiny compared to just one common bolt of lightning. But Peanut Butter man is hoping you'll never figure that one out on your own.
Posted by Adam at 12:00 PM

My word, this is all so ridiculous! I wish people would grow up and believe in facts!

This was interesting to read, Adam. I have faith in science and think it's extremely important.

And with each additional claim, they just prove that we DID evolve from monkeys... only not all of us made it. Me? My great-grandfather was a banana peanut.

It's funny how it's assumed that convincing the other guy is somehow proof in and of itself. If there is a God, than that God exists even if not a single person believes in him, and if God doesn't exist, then that nonexistence holds true even if everybody on the planet believes otherwise. What goes on in another person's skull should have no bearing on the matter, yet we all act like it does.