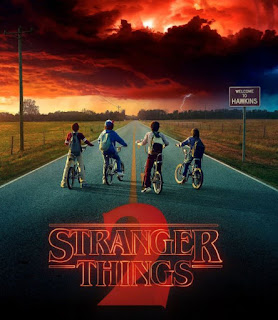 While Netflix, Amazon Prime, and Hulu all have their pros and cons, its hard to deny that Netflix has produced the best original content by far. I originally thought Netflix got lucky with House of Cards (perhaps not that lucky now considering Kevin Spacey may have ruined the show due to the allegations), but Netflix really hit it out of the park with Stranger Things last year. Now granted, when one thing is a hit, it's hard to top and meet the hype when it comes to a sequel. While the first season was released in the summer, they waited until about Halloween to let this one come out. Did it meet the hype? 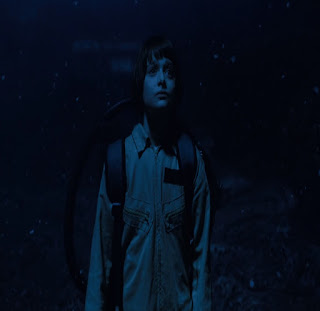 The story takes place about a year later, but still in the 1980's. The life for those in Hawkins, Indiana has gotten pretty stable. Everything is about the same as it was before Will went missing from the magic monster. A new kid named Maxine does move in from California, and it does take long for both Dustin and Lucas to want to win her affection, despite her being rather indifferent and rude to them. Mike is still upset about the disappearance of Eleven, and can't think past much else. Will realizes that his connection to the Upside Down still exists. 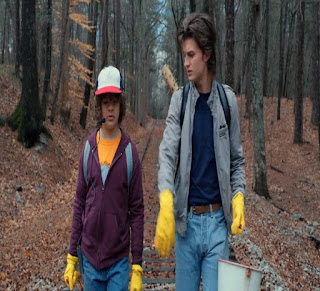 Will soon gets more and more "visions" of himself in the Upside Down while those looking at him can tell he is still in the common reality. Soon enough, small things from the Upside Down make it into our Earth. Such as the little "reptile" that Dustin adopts as Dart. Except when Dart grows up really quickly, eats one of his pets, and is revealed to be a baby demogorgon, that's when things start to get out of hand. While Eleven is alive, she is far from becoming able to reunite with her friends. Will they all make it in time before the whole world goes upside down? 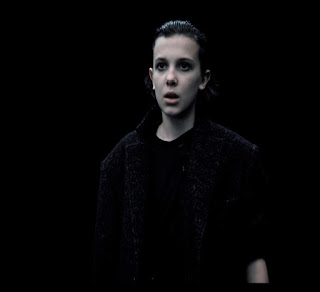 Overall I was impressed by the second season of Stranger Things, but not as much as the first season. For one, many things do seem very deja vu which isn't a good start. Another is logic often seems to forget where it was. When a whole team of soldiers with automatic weapons get easily slaughtered by demon monsters, but some guy named Steve with a baseball bat somehow makes it out unharmed, it's a little hard to ignore. I also thought Eleven's story could have been better than what it was, along with Will's connection with the Upside Down. The mystery that was in the first season also seems lost here which is a bummer. But despite my criticism, I still thought it was a very good show and both my wife Daisy and I are looking forward to the third season.

We have watched this, both seasons and really like it a lot. Look forward to the next season!!

I'm working through season 2 right now so I won't read your review yet :)

I agree that it's a compelling show.

i loved both and can't wait for 3