Valerian and the City of a Thousand Planets (2017 Film) Review 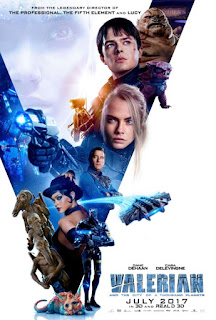 I wouldn't say I had much hype for Valerian and the City of a Thousand Planets back in the summer, but I was interested at least. It's based on a French comic book series called Valerian and Laureline which started all the way back in 1967. I think the main reason I wanted to see it was because of Cara Delevingne, she had been originally a fashion model (including Victoria's Secret) but moved on to acting. She hasn't really had many decent roles so far, the most notable being the villain Enchantress and her human host Dr. June Moone in DC"s Suicide Squad. But I will say I do have a mild crush on her. Her co-star is Dane DeHaan who played Harry Osborn in the Marc Webb's 2nd Spider-Man movie, but I didn't like his version of it. 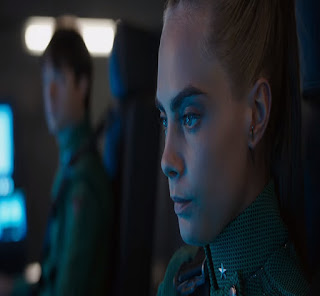 The film is set long after man landed on the moon. You see humanity progress further and further into the cosmos. Soon all the countries of earth, make it space, but eventually man makes contact with aliens. They soon make friends with the aliens and over time build up a galactic network of aliens. The International Space Station becomes a massive city almost and is moved into deep space as it would be too risky to keep it close to Earth's orbit. Long after mankind has made their dominance in space, two soldiers named Major Valerian and Sergeant Laureline are partners, but Major Valerian does want Laureline to be his romantic interest as well. 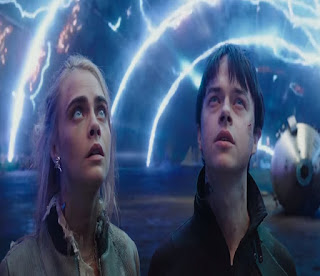 The beautiful Sergeant Laureline pushes him away as she doesn't trust him to be committed to one woman given his horrid history of affairs. But they remain semi-friendly co-workers, and they are soon tasked on a big mission to an alien planet. However, not everyone on the planet is nice and they'll have to be careful. They are tasked in finding a special converter vital to humanity and their allies. However they will soon learn that nobody can be trusted and the only thing they can hope for is for each other to help them both survive. 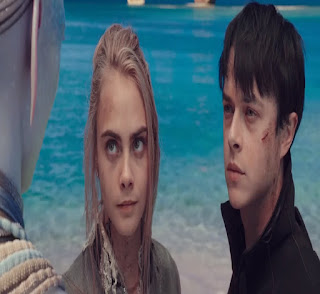 Overall Valerian and the City of a Thousand Planets is about as mediocre as I heard, given it had a mixed reaction with critics and a disappointing showing at the box office. The story is not really that compelling and I never seemed to be able to care about Major Valerian. I can't really hate on Cara Delevingne, and I like her in the movie, but this certainly was not a role that was going to establish her as an acting great or win her any Oscars either. The universe they live in can be visually appealing (especially Rihanna's character), but the movie doesn't explain it very well and a lot of things don't seem to make sense.

I also heard it's not really that good...

The premise is sound. Too bad it didn't carry through.
Have a holly, jolly weekend;)

I'll pass on this one.

it's on my list..but I'm at the point where movies are ...pointless