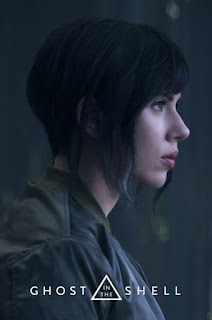 2017's Ghost in the Shell is based on a Japanese anime film of the same name from 1995 which itself was based on a manga series (same name as well) that started in 1989. I never read the original manga, but I did see the anime film back in 2012. While I really like anime, it wasn't my favorite, but I still thought it was a pretty good movie and story. The Hollywood version of Ghost in the Shell was criticized immediately for casting Scarlett Johansson as Major Motoko Kusanagi as she's white and the cyborg character is suppose to be Japanese. This caused a lot of people to hate on the movie before it even came out, though ironically the movie had a better reception in Japan among fans there whom didn't seem to even remotely care about the white-washing of the cast. 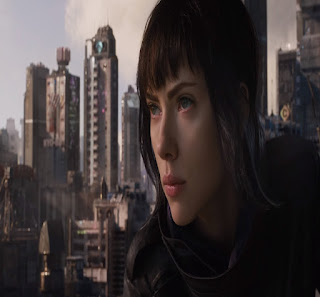 The movie starts with a woman being told she is a cyborg named Major Mira Killian. She hears that her real body was destroyed and that her mind was in control of a fully artificial body. She is the first of her kind, and it doesn't take long for the team that built her to get her to go on missions on behalf of a anti-terrorist team. Despite the great challenges she faces, Major does quite well against her foes though she is not invincible. 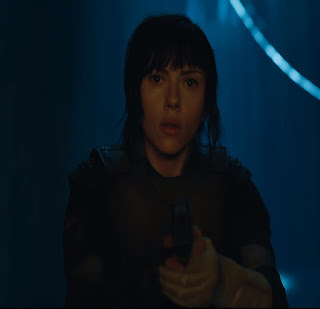 Her greatest teammate is a man named Batou but nobody is quite as skilled as she is. However her "creators" haven't told her everything. She has fragments of memories but her past is almost unknown to her. She eventually meets a man called Kuze who is the number one target for her to eliminate. However he hold the answers to her questions, and she might not be prepared for what she is about to hear. 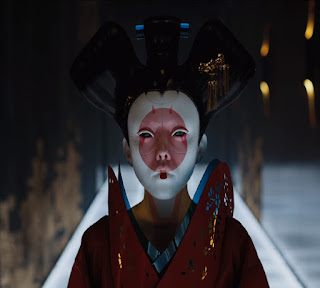 Overall I was a great bit disappointed by the Hollywood Ghost in the Shell, though I kind of expected it as well. Looking past the race issues with the casting, It's not that great of a movie, but not abysmal either. Visually it's actually pretty cool, but as I've stated before, visuals only do so much for me. Like anything Hollywood spits out, there are quite a bit of changes to the story, and it makes me wonder why they once again thought they could write a better story. Now generally the stories are pretty similar but the differences and direction just don't go as well as they thought. I also learned it was by director Rupert Sanders whose only other movie was 2012's Snow White and the Huntsman, so I'm surprised it's not as bad as that one.

As expensive as going to the movies is these days, I'll probably give this one a pass until it's available On Demand.
I'll wait to see Scarlett in the next Avengers movie.
Kind of a nerd that way.

I never did see this one. I for some reason, can't explain why, am not a fan of Scar Jo.

Haven't seen this, but interesting to read your thoughts.

I never heard about this but is really new for me!

Rumours on Tumblr are that Marvel is finally going to make a separate Black Widow movie -- I assume Scarlett Johansson will star in it. YAY! I'm a big fan of her in that particular role.

Totally agree with your rating Adam. I saw this one, and actually had a really hard time staying awake and getting through the entire movie. Hugs...RO

Again, an interesting premise that falls flat. I didn't see the movie. I don't go to many movies in theaters now because it is an expensive proposition.