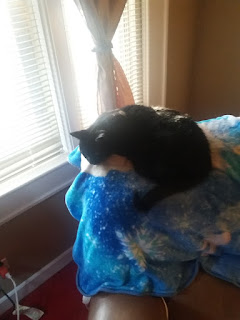 As I mentioned before, I volunteer for Big Brothers Big Sisters, and my Little Brother Mr. B's grandmother has these pets. This cat's name is Shadow. He was a little "indifferent" the first moment I met him, but he was pretty friendly after that. He likes sitting on this chair even if someone is in it and rocking it. 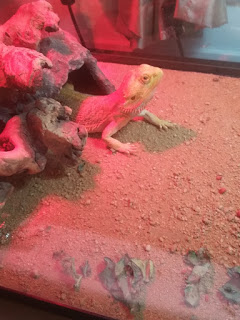 In the same room Shadow was in, was his uncle's lizard Chillow. I'm not a big fan of lizards to be honest. 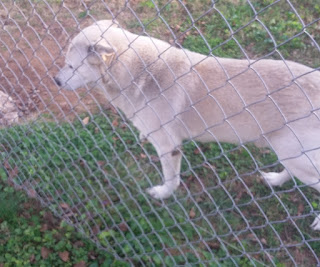 His grandmother said she had a "wolf" and kept her stance when I asked her if it was a wolf-dog.
Posted by Adam at 2:00 PM

He was playing it cool!

Cool pets! You have to earn a cat's respect before they bother with you :)

I know some people who are deathly afraid of lizards.

I think it is excellent that you volunteer with Big Brother, Big Sisters.
Have to say I'm not too sure of the lizard!

It's great that you are getting to know his family too. Cool pets.

It's nice that your little brother has so many pets to grow up around.

I could go for a cat or a dog, but a lizard ~ No way! How lovely that you volunteer to help young people!