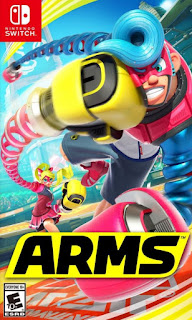 When I first heard of Arms, I thought about the Wii era of gimmicky games like Wii Sports or Wii Play. My excitement for Arms was very... non-existent before it came out. Then I heard that it was actually quite a good game. Not quite as good as The Legend of Zelda: Breath of the Wild or Super Mario Odyssey, but one of the Nintendo Switch's more notable games. It's also by Nintendo themselves, so it's not like some 3rd party developer got lucky with this one. 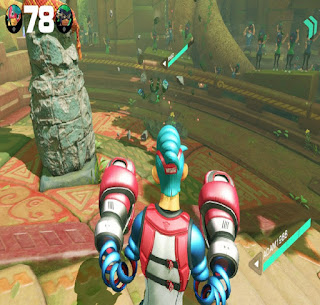 I've never played a fighting game quite like Arms before. It reminds me a little of the old Punchout games but in a 3D plane. You can move freely and fight which feels a little like the Soul Calibur games. You basically have to punch out the opponent to win the round. Which is not as simple as it may appear. 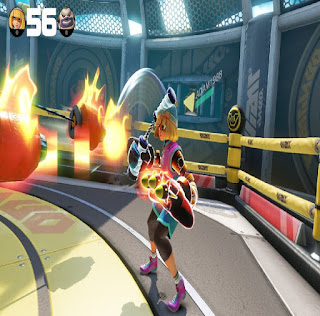 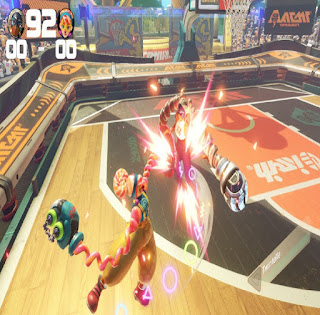 You have the typical "defeat all fighters" campaign mode, but you can also can play locally or online. You also have different modes like team fights, battle royales (you have to get used to the chaotic nature), and even basketball (super fun) and volleyball. While local battles always run smooth (duh!), I never noticed much lag with the online battles. 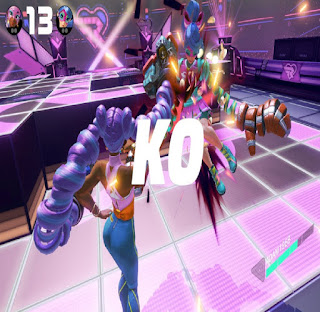 But overall Arms is one of the biggest surprises I've seen in quite some time. My little brother (through the Big Brothers Big Sisters program) might love this game more than I do. It's just a really fun new type of fighting game. Nintendo did a really awesome job coming up with this one and I really hope to one day see a sequel to it.

I don't play video games so I have no idea about this one.