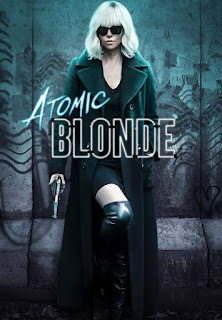 Atomic Blonde is a film I heard about awhile back. I really like Charlize Theron (very gorgeous) but I will say her movies aren't usually the best. Which isn't really her fault, directing and writing plays a bigger part most of the time instead of the actors. James McAvoy is also in it and while he's a phoenomal actor, he has had been in a few films that have been bad despite his effort to act really well regardless. I had high hopes for Atomic Blonde, but did they meet my hype? 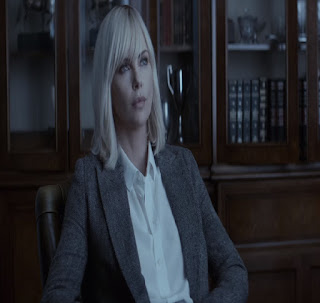 The film is set shortly before the fall of the Berlin Wall. MI6 (United Kingdom) agent Lorraine Broughton is being tasked with a new mission. KGB operative Yuri Bakhtin had murdered MI6 agent James Gascoigne and took a special watch from his hands. On the watch is a list of every agent on every side in Berlin. She is tasked in trying to find this list before it gets into the wrong hands. 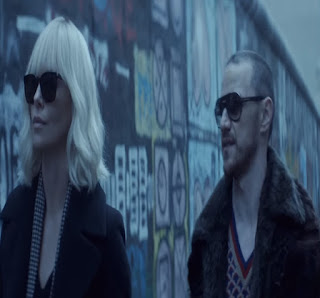 She soon meets up with the rather strange MI6 agent named David Percival, but Lorraine seems to be a person who works best alone. In their field of work, it's hard to trust anybody. Friend can become foe, foe can become friend, and there is more than just a few traitors around every corner. When the Cold War comes to a close, will she make it out alive? 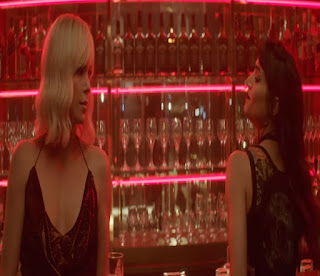 Overall I was rather bored by Atomic Blonde. While Charlize Theron and James McAvoy do well here, the story is really confusing (especially given that the Soviet Union was going to fall regardless of this list getting out or not) and the pacing is so off. While some praised the action scenes, I thought Lorraine was protected too much by plot armor and I really never felt scared for her well-being. While a lot of critics and really folks liked it, I was rather unimpressed. It reminds me a lot of Charlize Theron's previous work Aeon Flux, but it is a little better than that mistake of a film.

I don't normally want to see a Charlize Theron film, but when I saw the trailer the other day, I thought I'd like to see this one. Good to know about the confusing plot. I'll wait for it to be offered by Netflix.

I thought this looked like a good movie but haven't seen it yet...might be a last resort if nothing else is on lol

I haven't seen this Charlize Theron movie, but I was blown away by her performance in "Monster" and have never forgotten it.