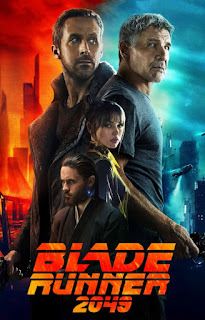 Blade Runner was a film I only watched a few years ago. It came quite a few years before I was even born, and didn't do nearly as well as something like Star Wars did, despite Harrison Ford in the starring role. It became a bit of a cult sci-fi film and gained a better reputation and fanbase in the years to follow. I thought it was pretty neat they were making a sequel to the film as it had been such a long time since the original. I also thought it was funny that the original film was set in 2019, which now is only a year way from the present day. 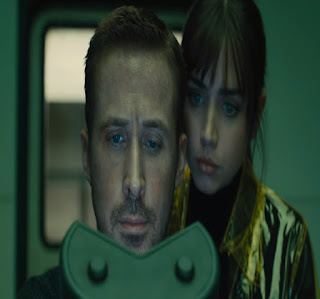 The film takes place (obviously) 30 years after the events of the first film. The series original hero Rick Deckard is nowhere to be found. The world has changed quite a bit since then. The Replicant androids are now actually welcomed on Earth. All the models in 2019 have been deceased (intended short-term lifespan) but a new generation of Replicants were designed to have a long lifespan and utter obedience. One of these Replicates is now ironically a Blade Runner. His name is K and despite his "artificial" nature, he is quite "human". 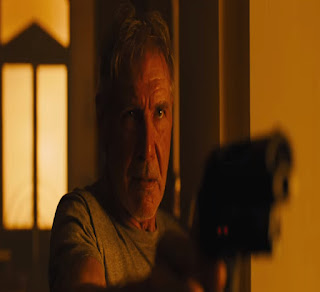 Like a regular human, K yearns for answers to big questions. His superior tells him of a "child" born from the Replicant Rachael (from the first film) which was previously believed to be impossible. The news would shake Replicant-Human relations and lead to a big war. K knows he has to find Rick Deckard if he hopes to find the answers he seeks. However will either of the two really be able to accept the truth of it all? 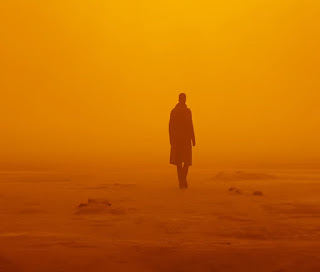 Overall I think I actually liked the new Blade Runner 2049 just slightly more than the original. Granted, my love for the original Blade Runner did not compare to the works of Star Wars or Indiana Jones. I'd say the biggest flaw in both film's plots is that they make it difficult to understand the purpose of the Replicants. While Ridley Scott is no longer the director (he had other projects), the film seems very true to the original's theme but aided by the benefits of better special effects and fantastic HD resolution.

I thought the sequel was a better film than the original too -- deeper, with a sophisticated narrative.

This is one I was looking forward to watching. Ryan Gosling is a bonus!

I've only seen the original. This sounds interesting.

It was good, but could have cut a good 20-40 mins easily. In many scenes they stand around staring waaaaaaaaaaaaaay too much.

We are looking forward to seeing the sequel. I didn’t know the original was set in 2019. How amazing! Sounds like a very interesting plot.

Wow! Terry and I saw the original before you were born. I don't think we were married yet, and I'm sure he took me to humor me because he is not a sci fi fan. He's been humoring me with sci fi movies ever since! I haven't seen the sequel. I'll have to see the original again too ~ because it was so long ago. Geez ~ how to feel old! LOL