Fact of the Day: Boston Patriots 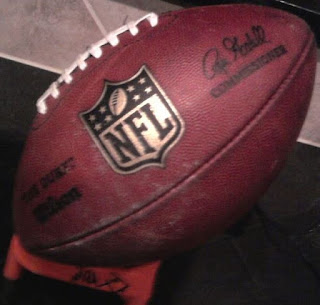 While the New England Patriots have won eight AFC championships and 5 Superbowls since the early 2000's, most of their early history wasn't very impressive. They were founded as the Boston Patriots in 1960 and existed before the NFL merger. They won the AFC Championship only twice in the 20th century, losing the Super Bowl first to the Chicago Bears in the 1980's and then to the Green Bay Packers in the 1990's.
Posted by Adam at 12:30 AM

Email ThisBlogThis!Share to TwitterShare to FacebookShare to Pinterest
Labels: fact of the day, Football, Massachusetts, NFL

Thanks for sharing! Wishing you a wonderful weekend!

I don't like america football, and rugby, thats what we call it.

Things sure have changed. Happy Saturday to you! Hugs...RO

Living in Green Bay - we were happy for the win. xo Diana

Every team has its ups and downs.

It was an amazing day for the Bears when they won! We were really excited and I'm not even a football fan.

I hope they go back to losing.