Fact of the Day: Donald Ivana Marla and Tiffany 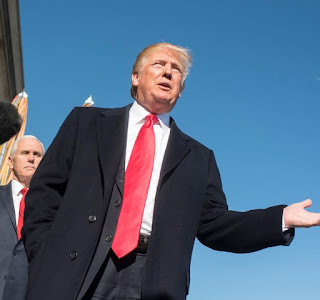 When Donald Trump was married to his first wife Ivana, he had an affair with a woman named Marla Maples. Not long after, Trump got divorced and Trump's daughter Tiffany by Marla was born out of wedlock. Donald Trump married Marla about two months after the birth of their daughter but eventually divorced in 1999.
Posted by Adam at 12:00 AM

Tiffany always seems the odd one out. Maybe she considers that a good thing!

Had to be for the money

I heard about this, and you already know how I feel about cheating of any kind. Sad story. Hugs..RO

There stands that hypocritical Mike Pence behind him.

Excellent comment.
And these two represent the USA?????????????????
Please spare the World from the looneys.
Colin

This jerk has ogled the Miss. America gals, said he love to grab some P and called it locker room talk and has had numerous affairs ( what woman would want to sleep with that??), but he still has tons of followers....I just don’t get it