Fact of the Day: Richard Edwardes 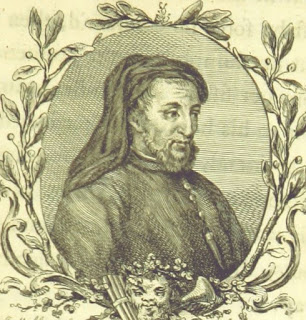 Richard Edwardes was a poet, playwright, and composer in the 16th century. He was rumored to be a secret son of King Henry VIII. While there isn't much to support the theory, many found it odd that he was the only person from his poor family to go to a university like Oxford.
Posted by Adam at 12:00 AM

Could be something to it by the sounds of it

You never know about these rumours.

Interesting...someone should make a movie based off that rumour!

Sure and Henry had a regal roving eye!