Favorite Quotes: Easier to Be Conservative Than Liberal 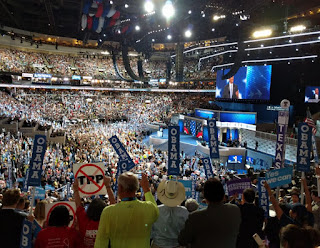 "It's much harder to be a liberal than a conservative. Why? Because it is easier to give someone the finger than a helping hand."

I think one of the big differences between liberals and conservatives is deep down in their core nature. While conservatives often claim near saintliness by listing what they've done for charity, a lot of times it's really for tax deductions and/or contributions to Christian churches. When it comes to non-Christians, liberals, Mexicans, Muslims, and other minorities, the helping hands from conservatives get rarer and rarer, but the metaphorical middle fingers become far too common. Most Republicans would rather people die from a lack of healthcare (e.g. there was 45,000 related deaths in 2009) than have a tax hike. If that doesn't make this quote true, I don't know what does.
Posted by Adam at 12:00 PM

That quote made me smile :)

There are many different kinds of conservatism, and by your standards I'm sure I'd fall into that category. It's easy to paint entire groups of people with one brush, whether you're liberal or conservative.

I really like your site and content so much,thanks for sharing the information keep updating, looking forward for more posts.

I can't understand how the richest country in the world choses not to provide medical care for its citizens.