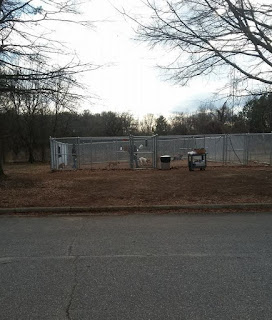 The other day I had the urge to visit our local animal shelter. I did notice they had this large outdoor kennel fence for the big dogs to play. So that was nice to see. 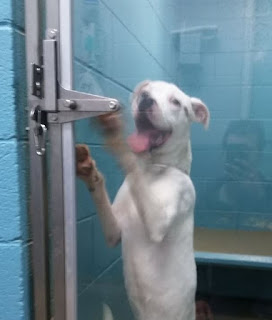 I don't remember these glass doors last time, but I suppose they keep out the barking noise. I really liked this dog, he had two different colors on his eyes. I'm not really looking for a dog, but it's nice to see them after a long time of not having one. Though it does break my heart to see some of them who are most likely doomed. Some are rather old and a lot had heartworms which is quite costly to fix. Most aren't strays either, just pieces of crap owners gave them up for whatever reason. As we walked through the lobby, there was a guy there who was giving up his two dogs. He had no remorse in his voice. If I ever was forced to do that to my dog because I could no longer care for it, I would be crying. 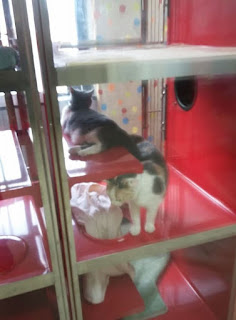 The dog kennels were all full, but cats don't seem to be as a much of a surplus here. 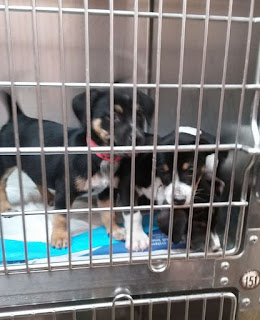 Same thing with puppies, last few times they had zero. I don't think I'll ever get a puppy again, if I ever feel I can take care of a dog (my house can only really handle a small one as we have no fence) I'll think my heart will opt me to get a grown one. 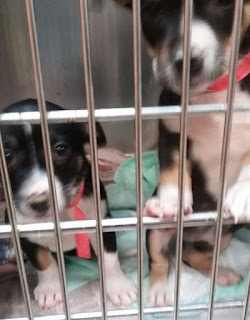 But they are too cute not to interact with at least. I think most of them already had their "I'm adopted" papers on there.
Posted by Adam at 5:00 PM

It's hard to visit these places. When we went last month to inquire about adopting a cat, I wanted to bring all the animals home with me. It's a sad situation.

Oh Adam, tears in my eyes....I hope you will get a small one eventually.

We volunteer with the local rescue to help get the animals adopted. Breaks my heart seeing the sames ones in there week after week. I always said I'll never get another dog when mine die, but I know I'll get sucked into getting another one eventually. We'll go for an older dog because I don't think I have the patience for raising a puppy again.

I find it so hard to visit. I want to take everybody home and I leave depressed.

I think if we ever get another dog it will be a rescue.