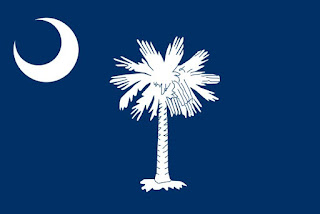 Throughout the course of human history, liberal ideas eventually become the status quo, but the conservatives of each time period don't embrace change but just kick and scream until progress is done. And nobody quite kicks and screams like the right-wingers of South Carolina. A handful of far-right lunatics want to dub any LGBT marriage as a parody and the bill's language suggests that the state of South Carolina will not recognize the marriage equally either. Now the smarter "lets get elected" Republicans are going to probably kill this bill in committee, but it does anger me that these morons are even trying, and to make matters worse they think they are in favor of "small government" with their Christian-Sharia laws.
Posted by Adam at 11:30 AM

I think those right-wingers are beginning to parody themselves.

Humans always strive for freedom and equality, so the world will continue to move forward even if some people kick and scream along the way.