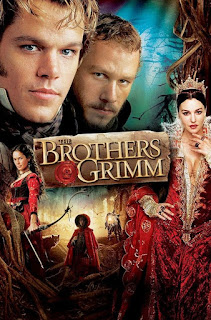 The Brothers Grimm is a movie I remember coming out when I was still in high school. While Matt Damon was pretty famous by then, I wouldn't really notice Heath Ledger as a wonderful actor (at that time, I never saw A Knight's Tale or 10 Things I Hate About You) until The Dark Knight came out a few years later. While she had been in plenty of movies by this point, this was also a few years before Game of Thrones made Lena Headey very recognizable as Cersei Lannister. For the uncultured swine though, the Brothers Grimm were two real brothers in Germany who modernized many of the fairy tales that we grew up on as children. I knew this was not going to be a "historical" piece. 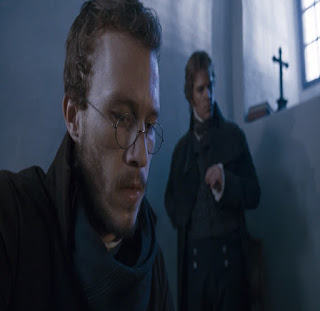 The movie starts out with the brothers Wilhelm "Will" Grimm and his brother Jacob Grimm tricking simple villages into hiring them to get rid of the supernatural. Except all the hocus pocus is all their doing, and they do a wonderful job at creating a good show of deception. However they eventually land into trouble with the French (Napoleon Bonaparte) government, but instead of being severely punished, a French commander named General Vavarin Delatombe gives them the choice to use their "skills" to uncover bigger fish that are causing trouble. 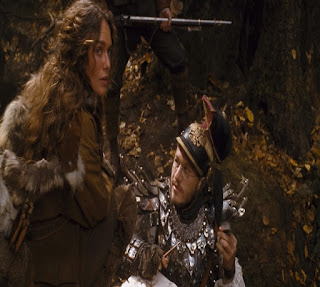 The brothers are watched by Delatombe's Italian pawn Mercurio Cavaldi. Their mission is to figure out why ten girls have gone missing in a certain German village. They soon team up with a commoner named Angelika who is most likely the person with the most knowledge of the dark forest that is nearby. All of her sisters have gone missing, and it seems that real magical beings are in the forest and it's going to be quite difficult to save the day. 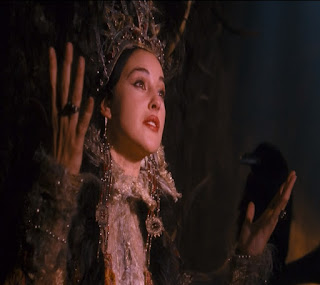 Back in the 2005 critics were mixed on their reaction. Some praised the visuals, but the special effects do not hold up today. The only things that still look good are Lena Headey and Monica Bellucci. The plot was more heavily criticized, and really does wander around trying to find any real purpose besides trying to tie in fairy tale cameos into the film. The direction and acting weren't very impressive either. It's just one of those movies where they had all the talent they needed, but badly dropped the ball.

Not gonna lie...I really love this movie and have seen it dozens of times, along with Hansel and Gretel with Jeremy Renner. I think it's just such a fun campy take on fairy tales:D