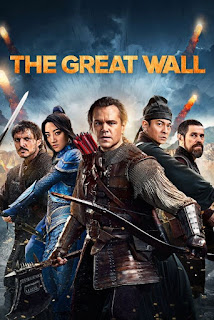 I do recall when The Great Wall came out in 2016. I was mildly interested in it, but certainly not enough to see it in theaters. It is quite a rare film, as it's not animated but yet is a collaboration between American and Chinese movie makers. I heard the movie had mixed reviews, so I put it on "wait" for quite some time. But I saw it on the shelf at my local library, so I decided it was about time I gave it a try. 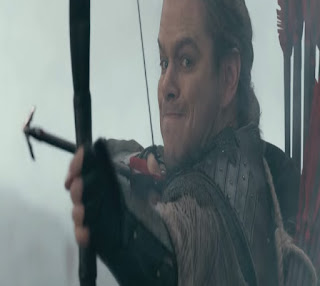 The movie begins with two mercenaries from Europe named William Garin and Pero Tovar who are the only survivors when a monster kills their group of colleagues. They make it to the Great Wall of China alive, but they are soon captured by the Chinese military. The Chinese take great interest in them, especially in William as they could tell that he had slain one of the monsters that are suppose to lurk in the borders of China. 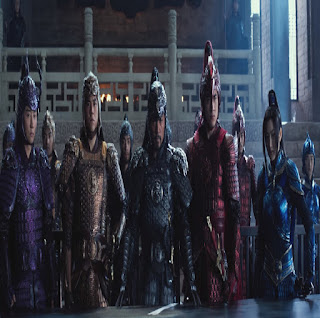 The military generals are quite impressed by William's skills as an archer. The two European mercenaries are surprised of how large, organized, and diverse the Chinese army really is. One faction of the army is the all-female Cranes led by the beautiful Commander Lin Mae who seeks to figure out the truth to Will's courage, honor, and soul. However, none of the humans are quite powerful enough alone to face what is coming for them. A swarm of monsters known as the Tao Tieh are trying to break through the Great Wall of China and cause havoc across the land. They will have to use all their skills if they hope to have a chance of stopping them. 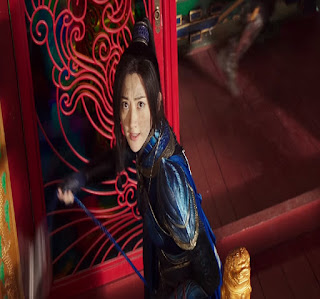 Overall I was more impressed by The Great Wall than I expected, though it's not that great of a film either. The production values are pretty top notch, and I liked the use of colors in the armor of the soldiers and in the buildings as well. However the plot could use some work, there's no real central antagonist, there were plot points that made me wonder, and they were failing to realize if they wanted to make a romance happen or not. The movie was a huge hit in China, but worldwide it was rather lackluster. It's hard to say if a potential sequel could happen or not, but I'll probably see it if they make one.

I didn't see this one either. The all female Cranes sounds like it adds to the intrigue of the film. Thanks for the review.

Matt Damon was in it? I have never heard of it!

Oh I am not surprised that it's not great but it sounds better than I thought it would be. I might give it a check

Yup! I saw this one, but I’m not so sure I liked it very much.