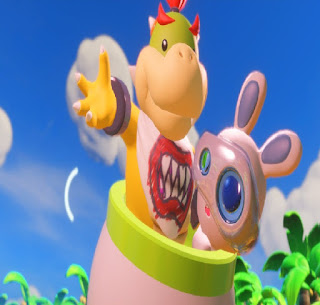 While not the final boss, for most of the game Bowser Jr. is your main foe. He mainly just shows up in the story. He makes Spawny his BFF but he's not a very good friend. His stupid actions usually lead to more trouble. 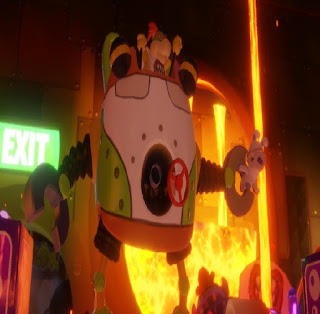 But near the end, he appears as a mid-boss you have to fight. He's got a giant robotic body and it's quite powerful. 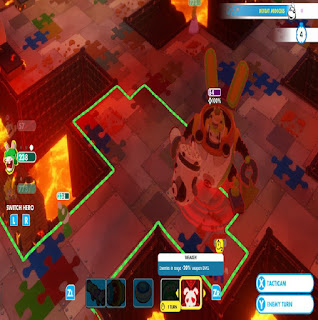 But the fight was fairly easy though it took me quite a number of turns. Once the regular foes are gone, it's pretty easy to take him down if you have all of your team members around the map to dwindle down his health until its over. 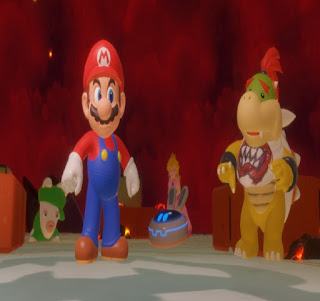 After he is defeated, he eventually has to beg Mario to save his dad, how ironic.
Posted by Adam at 11:30 PM