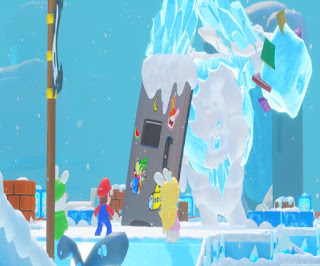 Icicle Golem is the 2nd main boss in Mario + Rabbids Kingdom Battle. He is a fusion of a normal rabbid and a giant fridge after Spawny got scared and accidentally created him. He's the most massive enemy in the game and even takes one of your team members out of the game for the fun of it. 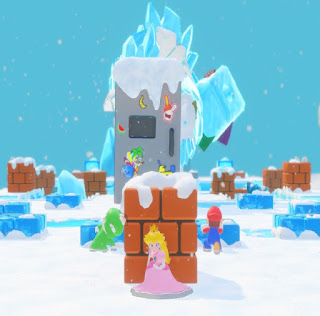 But this lets Princess Peach sail in on her umbrella to help Mario. 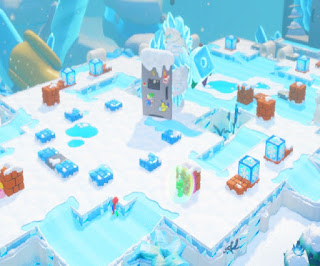 The battle itself was pretty tough, you're at about half-strength at this point in the game (your true abilities aren't there yet until the next world) so you really have to plan your way to victory. The problem here is that there's not many places to truly hide and the frozen monster can easily hurt you regardless of where you are on the map. 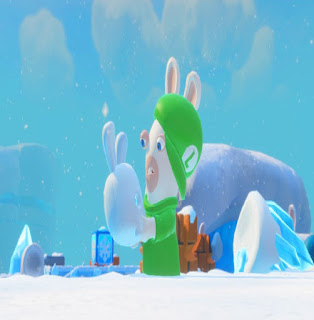 It took me about three tries but I bested him. I was never so relieved to see him finished.
Posted by Adam at 12:00 AM