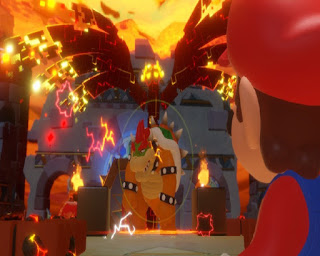 Bowser technically isn't' a bad guy in the game, but this faux dragon thing fuses with the great demon turtle king after he is defeated. 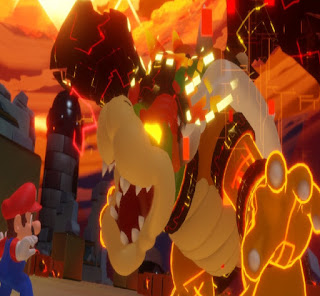 While Bowser fusions aren't new, he is quite intimidating. 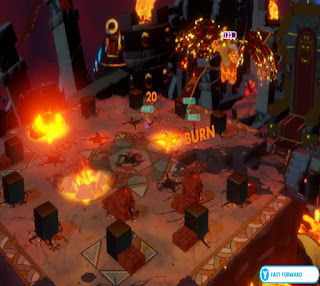 There aren't places to hide during the battle. Especially during phase 1, he can pretty much get at least one of your team members with ease. 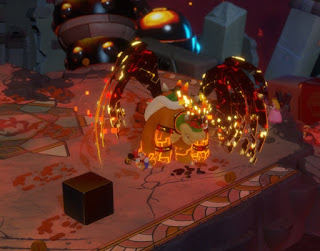 Like most bosses, patience is key. Take down his helpers and he'll fall. Though you have to get him to crash into the metal cubes during the last phase which is easier said than done. 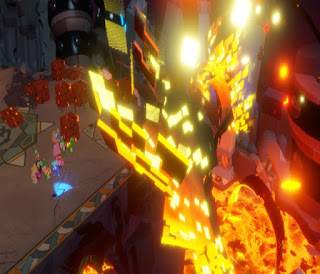 One of the most challenging fights of the game especially considering you're at full-strength. It's a shame you can't use the whole team at once against him.
Posted by Adam at 11:30 PM