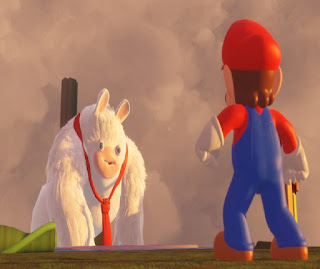 The first major boss of Mario + Rabbids Kingdom Battle, Rabbid Kong is obviously a parody of Donkey Kong. Unlike some other Spawny creations, he's not a fusion of a rabbid and Donkey Kong. But they seem to go to the same tailor for neck-ties. 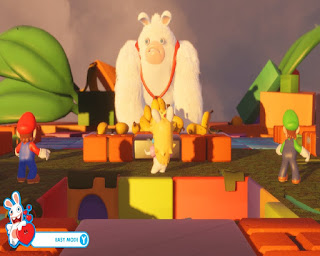 I wouldn't say he's a difficult boss. But not knowing to jump on the banana panel to get rid of his supply confused me at first so I had to restart the battle over. His wave attacks are plenty annoying however. 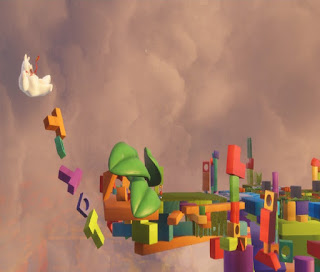 But it isn't that difficult to take him down and have him falling to his doom.
Posted by Adam at 12:00 AM

Where do you ever find the time to play and review all these games, Adam? You're amazing!