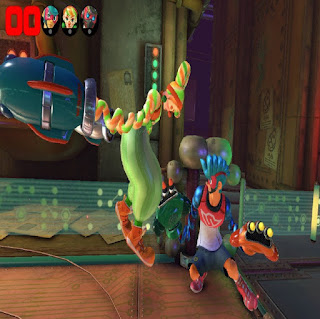 While there is no main hero to Arms, Springman might as well be Arms counterpart to someone like Ryu in Street Fighter. He's on the boxart and is the first fighter in the order. 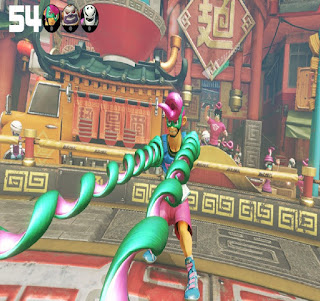 There isn't much story in Arms, but he's suppose to be a pizza-loving fighter who wants to be the next champion. 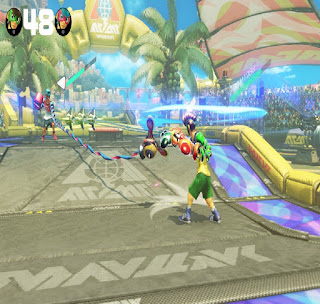 But he's a medium-classed fighter where he's not bulky but still packs some power. His special power is being able to deflect attacks. You have to charge this move and time it right. Despite success, I never found this to be very useful however. 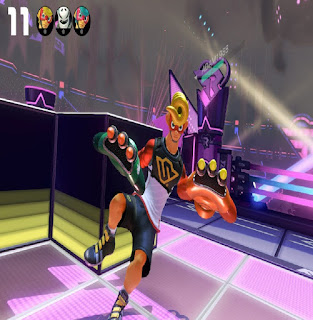 He's not my favorite fighter in Arms, but I'll use him from time to time.
Posted by Adam at 11:33 PM