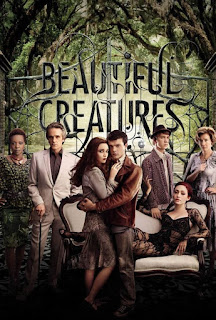 Beautiful Creatures is a movie I had mild interest in when I saw it. I didn't know much about besides Emmy Rossum being in it and the fact that it had something to do with dark magic or something like that. It's actually based on the 2009 book of the same name by authors Kami Garcia and Margaret Stohl. I also didn't notice but the male-lead star of this movie, Alden Ehrenreich is going to be a younger version of Han Solo in the new Star Wars spinoff movie later this year. 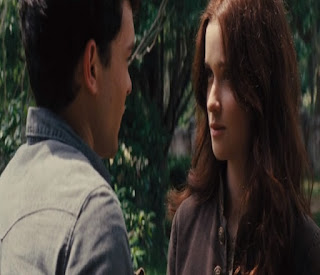 The story is set in the fictional town of Gatlin, South Carolina which is suppose to be near the real-life Charleston, South Carolina. A girl named Lena Duchannes is considered to be a "Satan worshiper" by the kids at school, but the good-at-heart Ethan Lawson Wate tries to be her first boyfriend. However her uncle Macon Melchizedek Ravenwood doesn't take kindly to him and tells him to buzz off more or less. 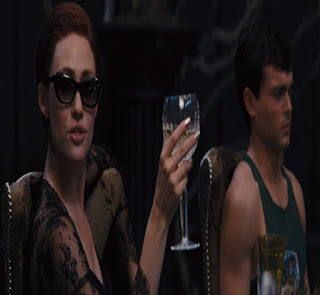 However the family is actually magic-powered "casters" and some are good like Lena and her uncle Macon. However some are dark like Lena's cousin Ridley Duchannes. There is a great curse in the family's history and Ridley is convinced that Lena is destined (or doomed) to be claimed by the forces of dark magic just as she was. Ethan and Macon however are going (in their own ways) to help Lena stay in the path of light. 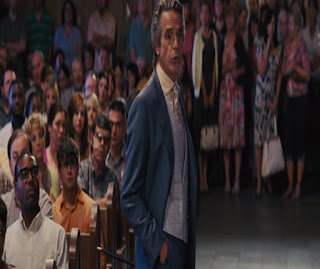 Overall I was a bit disappointed by Beautiful Creatures. As a native South Carolinian, I can easily tell most of these Southern accents are fake as heck, and since the books were written by two non-Southerners, it seems all they know about the South is what is stereotyped like ultra-conservatism (I was honestly shocked the Republican Party was not mentioned) and pro-confederate mentions. This makes a lot of the characters seem pretty fake to me and the acting ranges from okay to pretty mediocre. One of the few exceptions is Jeremy Irons, but he's one of the most talented actors alive so that's not a huge surprise. I liked (but did not love) the story as a whole, but the special effects with the magic could have been better. Despite my criticisms, I did think it was a decent movie worthy of very mild praise.

Thanks for your review, Adam

Wow! This has been on my Netflix List for what seemed like forever, so I decided to watch this Saturday night. I lived in Charleston (Summerville) for a few years, and didn't get that piece of it. But I agree that Jeremy Irons was pretty good, and I liked Ethan. It wasn't really what I expected either, but display of magic was pretty cool, and the ending was unexpected and pleasant.I really enjoyed your review. Hugs...RO

Based on your review, I can skip this movie, Adam. Thanks.