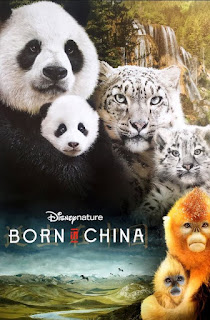 Disneynature isn't quite as old as you'd think it'd be but they've come out with some pretty good natural documentaries over the years. Born in China was a co-op production with a Chinese media group, but for the Western release, it apparently was all Disney to most people. Either way I was intrigued so I decided to watch it. 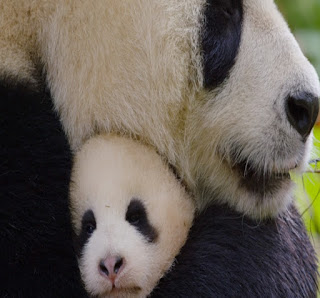 The film is only about a few of China's vast amount of animals. The most obvious choice for one is Panda bears, and this one focuses on Ya Ya who is a new mother to a cub named Mei Mei. You get to see their journey for about a year's time. Mei Mei will soon gain the strength to do many things, including climbing trees, but her mother is always try to protect her, even from herself. 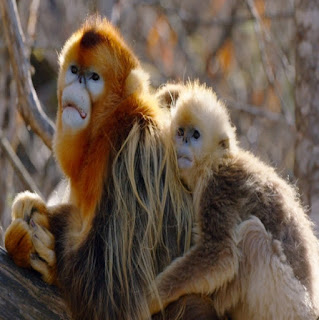 Another animal is a monkey named Tao Tao. He's growing up and his little sister is getting all of his parent's affection. So he tries to make himself a man among his monkey peers. The other big animal on focus is the female snow leopard Dawa. She has two cubs to look after, but hunting can be difficult in the remote region, especially with rival snow leopards hoping to take everything she has and more. 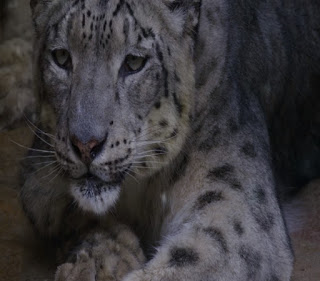 Overall Born in China was about what I expected. A film with beautiful scenes of some of the most gorgeous parts of Chinese nature. Since the filmmakers observe instead of "write", the "story" isn't fabricated at all and can feel a little boring at times but not much so. Since nature is cruel, it isn't all happy tales either. Though my personal favorite tale in the film is the monkey Tao Tao as I liked the way that story ended.

I think, for the most part, I'd enjoy this film. Probably not so much if they don't survive.

I've put it on my list to see. When I was a kid, Disney would show animal documentaries (for lack of the right word) every now and then on its TV program. They were pretty cool.